The sound has been tuned for an improved music experience, according to Saregama. 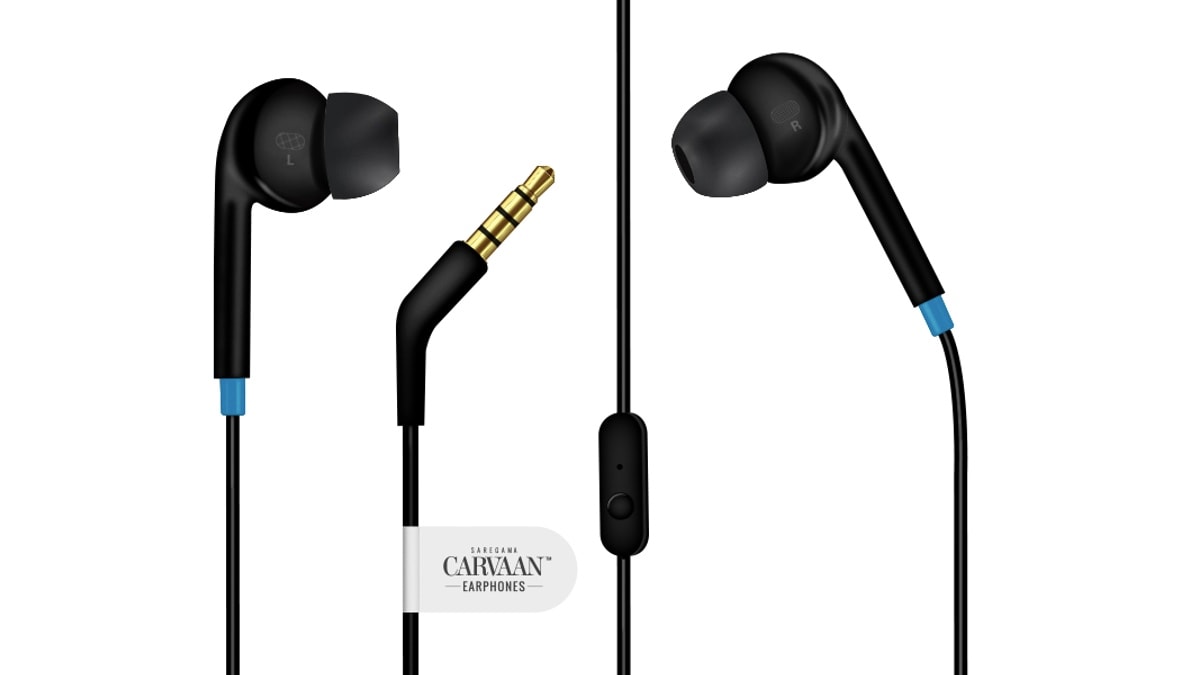 The 3.5mm earphones can be used with all kinds of source devices

Indian music label and film production company Saregama is best known for its film-based music, including its huge repository of film classics through the decades. Not too long ago, the company entered the hardware space with its Carvaan range of devices, which includes wireless speakers and audio players with a variety of features such as pre-loaded music, Internet radio, and more. The latest product in the company's fledgling hardware range is the Saregama Carvaan GX01 wired earphones, priced at Rs. 1,599.

The Carvaan GX01 is a standard pair of 3.5mm earphones, and can be used with any device that has a regular headphone jack - most smartphones, computers, and even Carvaan devices such as the Saregama Carvaan Go.

The headset features 14.2mm dynamic drivers, with what the company calls ‘signature Carvaan tuning'. This suggests that the earphones will sound best with the kind of music you'll typically find in the pre-loaded collection on Carvaan devices. Interestingly, the sales package shows a frequency response graph, which suggests that the sonic signature is bass-oriented with a slight drop-off in the mids and highs.

The Saregama Carvaan GX01 earphones are available in two colours - black and white - and also have a microphone and button which can be used to invoke digital assistants on smartphones and tablets. The earphones will be available to buy online on the Saregama website, as well as through the company's retail network.