The portable Bluetooth speaker can deliver up to six hours of playback. 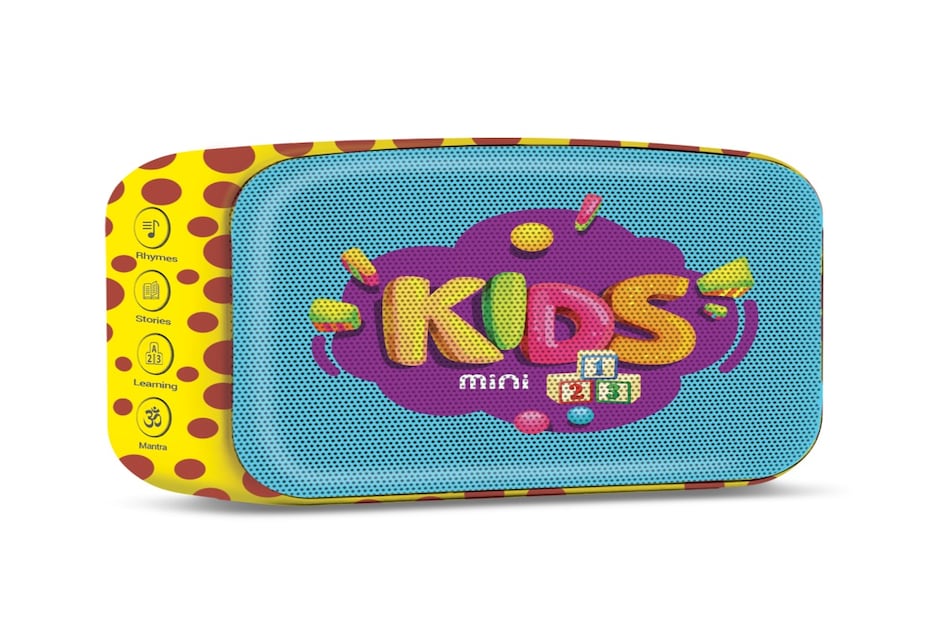 Saregama Carvaan Mini Kids has USB and Aux ports, along with a 3.5mm headphone jack

Saregama has launched the Carvaan Mini Kids, a portable Bluetooth speaker designed for children that comes pre-loaded with rhymes, stories, and learning topics, in English and Hindi. It's the latest addition to Saregama's suite of Bluetooth speakers recognisable by their nostalgic, transistor-like design. Saregama is known for its huge repository of Indian music, and its speakers come pre-loaded with Bollywood music spanning the last five decades — topped up with Malayalam, Telegu, Tamil, Bengali and Punjabi music in different models — making them extremely popular among older listeners. But it's the first time that the company is trying to woo an entirely different generation.

The Carvaan Mini Kids has a repository of 300+ stories, 80+ rhymes, and 15+ phonetic-based learning topics for children. It also has a loop function to listen to a particular nugget of content on repeat. The portable speaker can be wirelessly connected to a supported device using Bluetooth and also has Aux and USB ports, along with a 3.5mm audio jack to connect headphones. But unlike the Carvaan Mini, it does not support FM/AM. The battery is claimed to give six hours of playback. The speaker comes in a single size with dimensions 11x8x4cm and weighs just 250g.