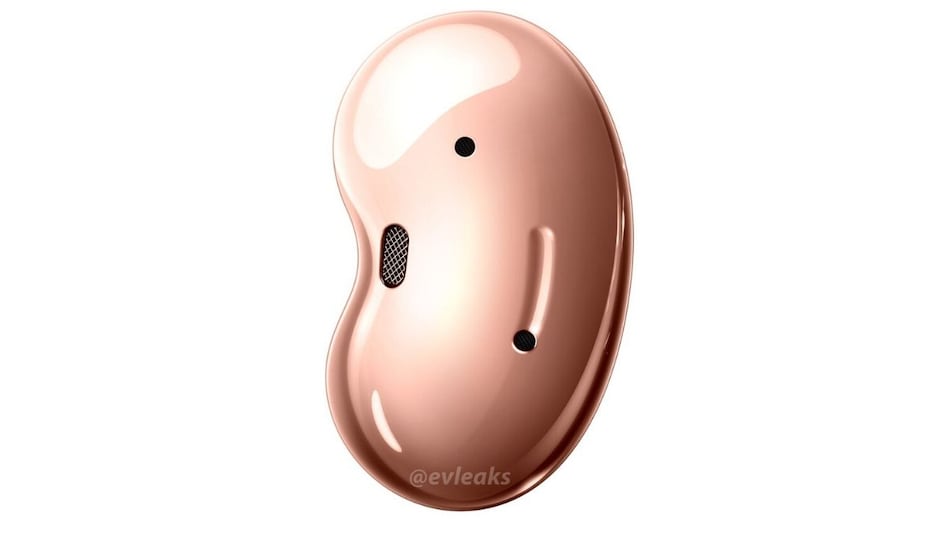 As per the renders shared by Blass and republished by 9to5Google, the bean-shaped Galaxy Buds Live will come in three colour options of Black, Bronze and White. The earbuds' cases are expected to adopt the same colour as well.

The renders also highlight Samsung's next TWS earbuds without silicon ear tips. The report by 9to5Google suggests that the Galaxy Buds Live likely have two different microphone holes on one side, probably for voice commands/calls and noise cancellation. The renders suggest the presence of a "vent-like speaker" in the middle of the bud.