An earlier update also brought some basic improvements including balance and stability adjustments. 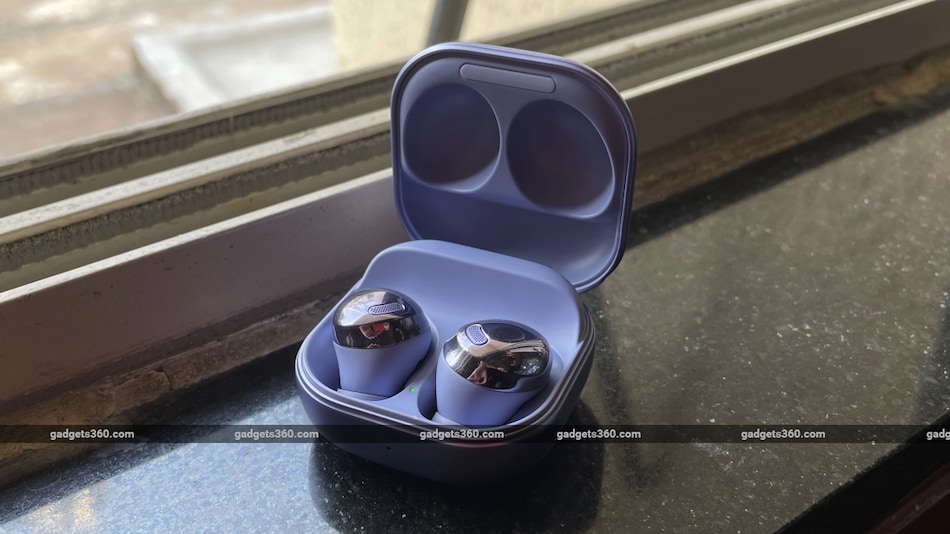 The Samsung Galaxy Buds Pro is priced at Rs. 15,990 in India

Samsung Galaxy Buds Pro true wireless earphones are receiving a software update that brings improvements to active noise cancellation and ambient sound modes, among other changes. The premium true wireless earphones were launched in January in India alongside the Samsung Galaxy S21 series of smartphones, and are priced at Rs. 15,990. The latest update appears to be only rolling out in limited countries, and follows an earlier update rollout which brought improvements for the balance, Bixby voice wake-up response time, and better system stability.

The latest software update, reported on by SamMobile, appears to only be available in the US for now, as a quick check with our review unit showed that it's not yet available in India. The update is said to bring improvements for active noise cancellation, ambient sound mode, and system stability and reliability.

Other changes include updates to the operating concept when using a single earpiece has also been implemented. The update is just 2.2MB in size, and can be applied using the Galaxy Wear app for Android or Galaxy Buds app for iOS, where supported and available.

An earlier update for the Galaxy Buds Pro is rolling out widely including in India, which brings core improvements soon after the launch of the earphones. These include balance adjustment, improved Bixby wake-up response, and general stability and reliability tweaks.

The Samsung Galaxy Buds Pro earphones are available now in India, priced at Rs. 15,990. The true wireless earphones arrived here just a few months after the launch of the Galaxy Buds Live, and bring a proper in-canal fit, active noise cancellation, wireless charging, and more premium features that put the headset in competition with options such as the Apple AirPods Pro and Sony WF-1000XM3. The Galaxy Buds Pro are designed to work best with Samsung devices, but can be used with any Bluetooth source device including smartphones from other brands.