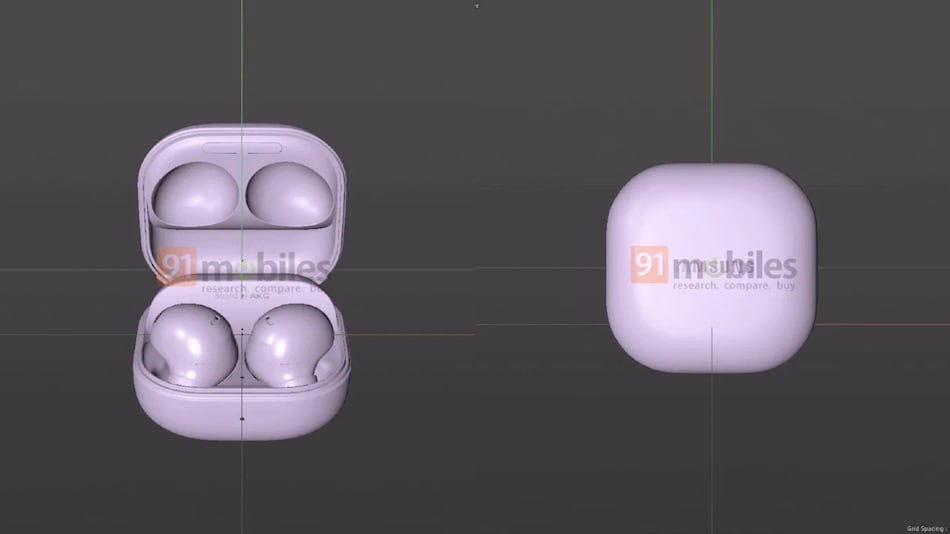 Samsung Galaxy Buds 2 Pro alleged renders have been leaked and they suggest that the true wireless stereo (TWS) earphones will come in three colour options. The renders show that the earphones have a different design as compared to the Samsung Galaxy Buds 2 launched last year. As far as the specifications are concerned, there is not much known about these TWS earphones, but they are expected to rival the rumoured Apple AirPods Pro (2nd Generation). Reports have suggested they may not be launched at the rumoured August Galaxy Unpacked event.

The alleged renders of the rumoured Samsung Galaxy Buds 2 Pro were shared by tipster Evan Blass, in collaboration with 91Mobiles. The renders show that the earbuds have a slightly different design as compared to the Samsung Galaxy Buds 2, but with a similar-looking charging case as its predecessor. The tipster also says that the TWS earphones will come in Bora Purple, which is said to be available for the Samsung Galaxy Z Flip 4, Graphite, and White colour options. They are also tipped to pack slightly increased battery capacity as compared to their predecessor.

A previous report has claimed that Samsung could launch the next-generation TWS earphones — successor to the Galaxy Buds 2 — later this year. However, these rumoured earphones are not expected to be unveiled at the rumoured August Galaxy Unpacked event, which could see the debut of the next generation of foldable smartphones and the Galaxy Watch 5 series.