Realme Buds Wireless are claimed to offer 12 hours of music playback on a single charge. 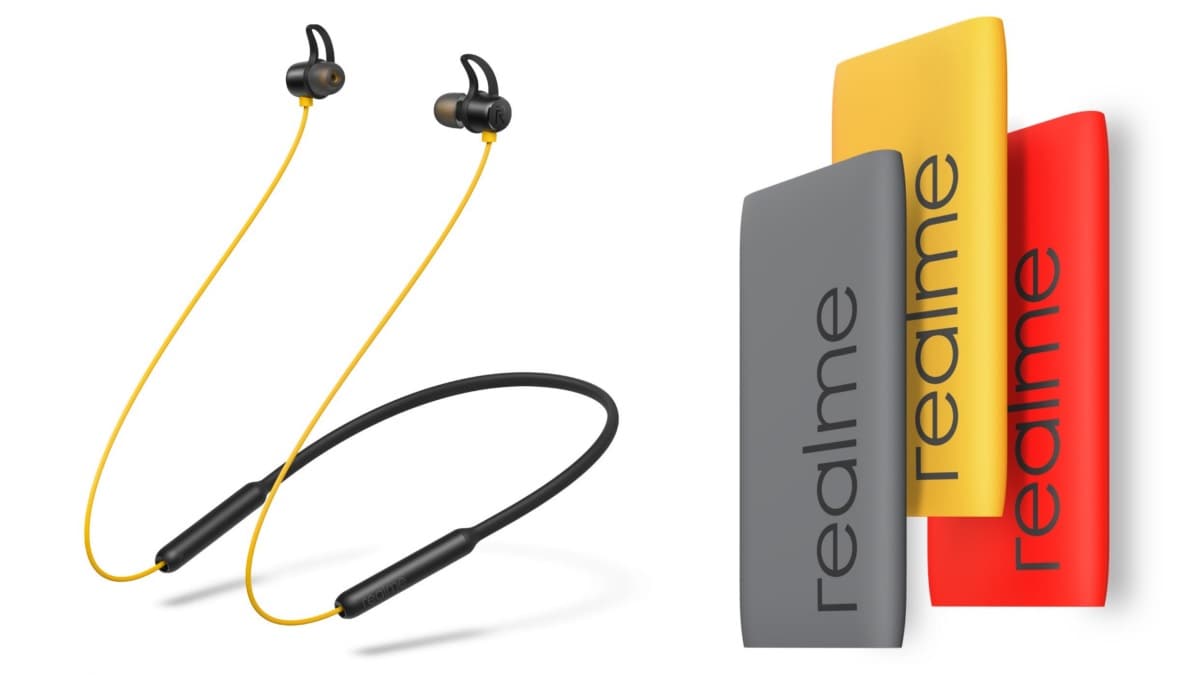 Realme has launched the 64-megapixel camera-toting Realme XT in India, but that was not the only product the company unveiled today. Realme also lifted the covers from the Realme Power Bank with 10,000mAh capacity. The charging accessory's launch was accompanied by the Realme Buds Wireless Bluetooth earphones. The neckband-style wireless headphones by Realme are IPX4-rated for splash resistance and are claimed to offer 12 hours of playback on a single charge. The Realme Buds Wireless also support magnetic control feature, akin to the OnePlus Bullets Wireless 2 earphones that are priced significantly higher.

Realme Buds Wireless have been priced at Rs. 1,799, and they are now up for grabs from the Realme online store and Amazon. They come in Black, Green, and Red colour options, with the latter flaunting Realme's signature yellow colour accent. As for the Realme Power Bank, it has been priced at Rs. 1,299 and will be available from Realme's official website, Flipkart, and Amazon by the end of September. The charging accessory comes in Grey, Red, and Yellow colour options.

The Realme Buds Wireless rely on Bluetooth 5.0 and are claimed to offer a connectivity range of 10 metres. They also come with magnetic control – thanks to MFP (Magnetic Fast Pair) – which means the Realme Buds Wireless can be turned on / off by just joining or separating the two earbuds, just like the OnePlus Bullets Wireless 2. The company claims to have employed elastic memory metal and skin-friendly silica for making its new wireless earphones.