Realme Buds Q and 30W Dart Power Bank, both are available in China and their India availability is unclear. 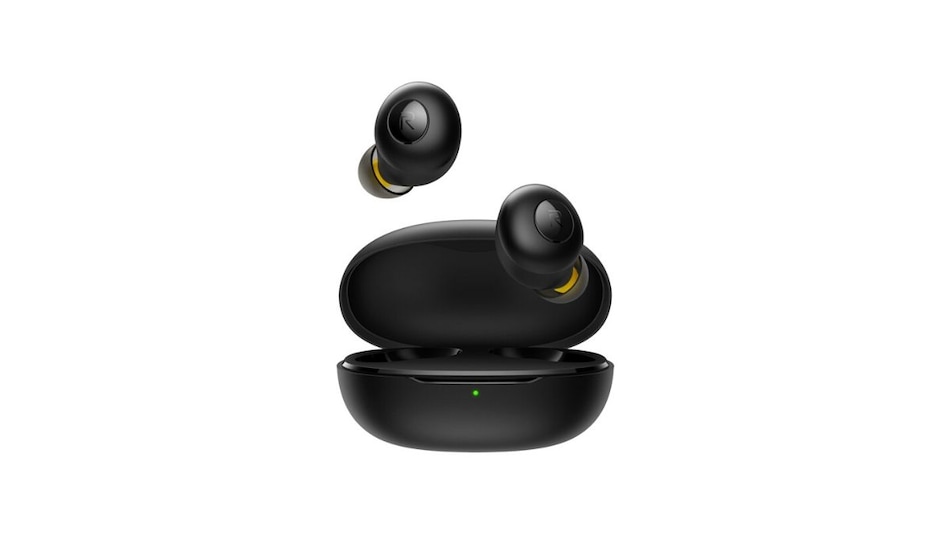 Realme Buds Q, the latest truly wireless earbuds by Realme have been unveiled in China at a launch event on Monday. The TWS earbuds are offered in three colour options and are up for pre-booking via Realme China website. Realme claims that the Realme Buds Q offer 20 hours of music playback on a single charge. The company, during the launch event also launched two new power banks - Realme Power Bank 2 and Realme 30W Dart. Realme simultaneously hosted an event in India, where the company launched several new products including Realme Smart TV and Realme Buds Air Neo TWS earbuds.

For the design of the Realme Buds Q, Realme has collaborated with French designer Jose Levy. The design of these TWS earbuds are "inspired by soft and round pebble" (translated).

At the moment it is unclear whether the new Buds Q will arrive in India. Realme today launched its latest Realme Buds Air Neo in the country for the price of Rs. 2,999.

The Realme Buds Q feature 10mm audio drivers and the TWS earbuds offer a music playback of 20 hours on a single charge. In terms of the appearance, the new Realme earbuds look quite similar to the Samsung Galaxy Buds.

Additionally, the Realme Buds Q support Bluetooth v5.0 and have an IPX4 rating for sweat and water resistance. The earbuds also have a latency rate of 119 milliseconds. The Realme TWS earbuds come with 'Quick Controls' that ensures smooth touch controls to play, pause and skip music. The settings can be customised via the Realme Link app on an Android smartphone.

Realme also claims that the Realme Buds Q weigh 3.6 grams that makes them lighter than an "A4 sheet." The earbuds come with a pill-shape case that supports 30W wired charging. The TWS earbuds do not support wireless charging.

The Realme 30W Dart Power Bank is currently priced at CNY 199 (roughly Rs. 2,100) and is available to purchase via Realme China site. The 30W power bank comes with a carbon-fibre body and it has a capacity of 10,000mAh. The power bank offers 30W two-way fast charging option. Lastly, the device is offered in Black and Yellow colour options.