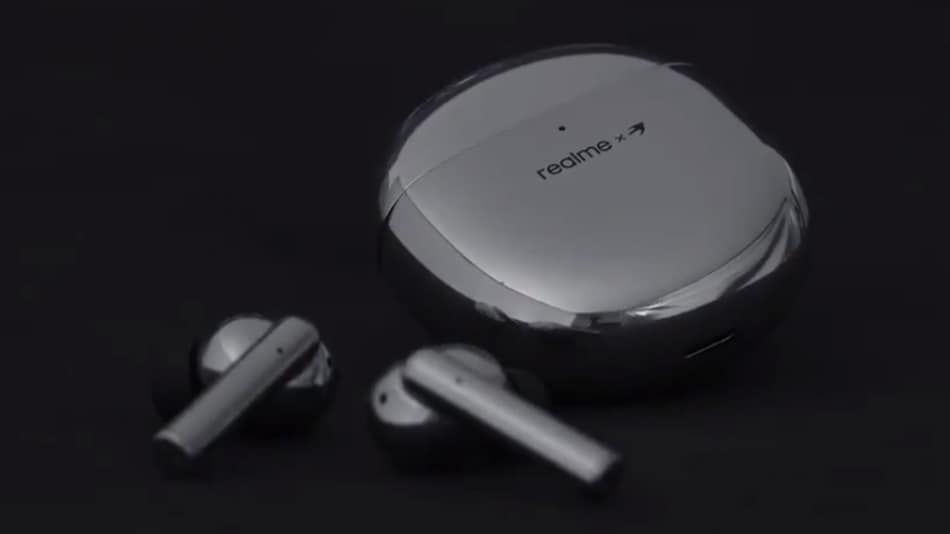 The Realme Buds Air Pro Master Edition true wireless stereo (TWS) earphones' design has been teased ahead of their launch in India on December 23. In a tweet, the company CEO revealed the earphones, and said that their design is inspired by space capsules. The earphones have been designed by French designer Jose Levy, who was also roped in to design the Realme Buds Q. The earphones will be launched in India alongside the Realme Watch S Pro smartwatch on December 23.

Realme India CEO Madhav Sheth tweeted a small clip teasing the design of the Realme Buds Air Pro Master Edition. Through the tweet, he confirmed that the TWS earphones are designed by French designer Jose Levy. Realme had already collaborated with Levy to design the Realme Buds Q (Review) which the company launched in June this year. Sheth also says that the design on the earbuds is inspired by space capsules, and science fiction. The clip shows a grey colour case with metallic finish. There is no information on any other colour options.

The Realme Buds Air Pro Master Edition will be launched alongside the Realme Watch S Pro, on December 23. Sheth has already teased the smartwatch, and a previous report listed its alleged key specifications. The smartwatch is claimed to feature a 1.39-inch AMOLED touchscreen display, 15 Sports Modes, and 5ATM water resistance.