Realme promises better battery life and an improved fit on the Buds Air 2. 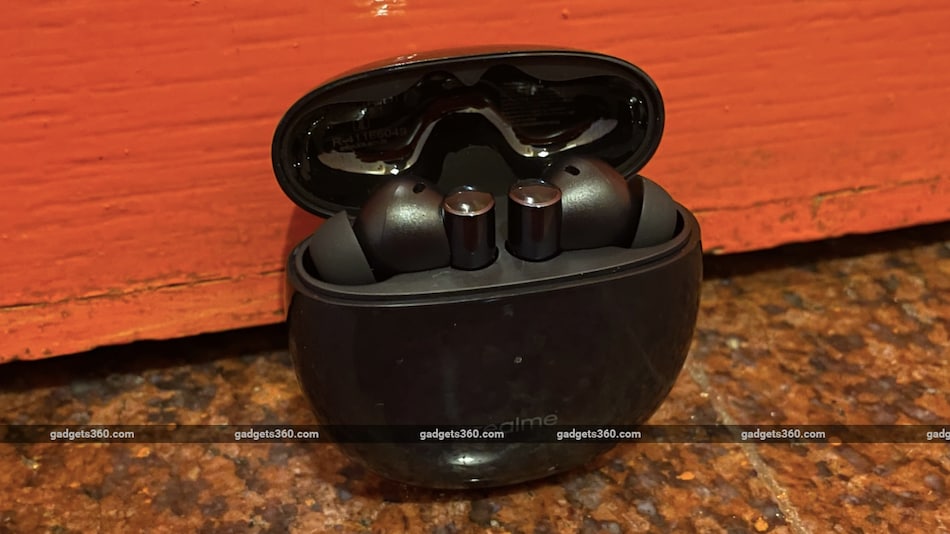 There is also active noise cancellation on the Realme Buds Air 2, and the headset will be available in two colours - Closer white and Closer black. This is to signify the company's collaboration with electronic music DJs The Chainsmokers, who have been roped in to help with the sound tuning of the Realme Buds Air 2.

The Realme Buds Air 2 is priced at Rs. 3,299, and is among the most affordable true wireless headsets with active noise cancellation available in India. The new true wireless earphones go up against competition from affordable brands such as Mi, Redmi, Noise, and Boat, but the presence of ANC at this price point gives the headset a significant advantage.

Apart from ANC the Realme Buds Air 2 earphones have 10mm dynamic drivers, and transparency mode for hear-through. There is also a super low-latency mode with a claimed response delay of 88ms, which is useful for mobile gaming. The Realme Buds Air 2 can be used with the Realme Link app, which allows for function customisation, firmware updates for the earphones, and more.

The charging case of the Realme Buds Air 2 has a USB Type-C port, with fast charging supported. As per Realme's claims, ten minutes of charging provides up to 120 minutes of playback, and a total of 25 hours of battery life is promised between the earphones and the charging case. The headset is also powered by the Realme R2 chip, which promises better connectivity and ANC.