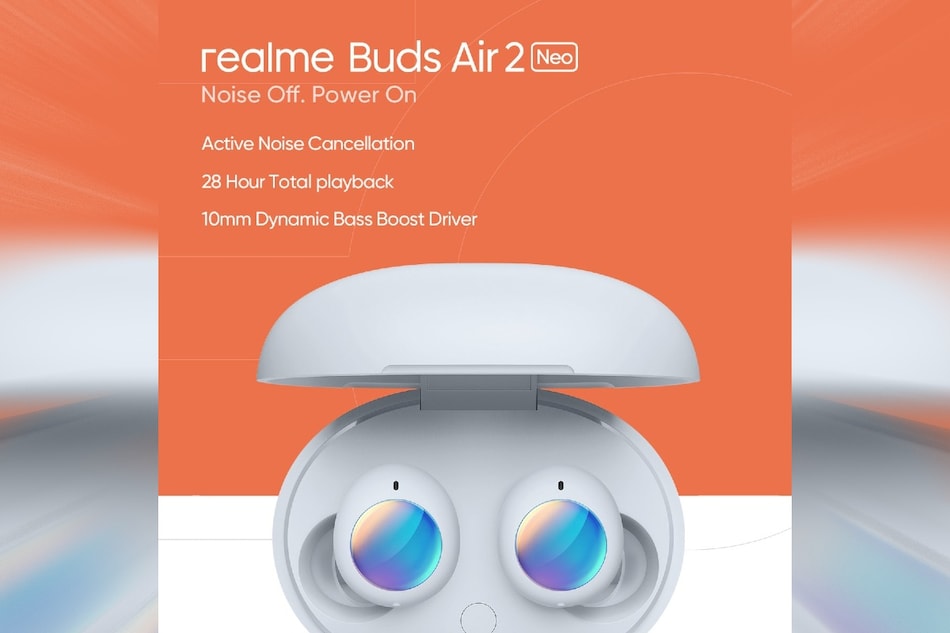 The Realme Buds Air 2 Neo are launching in Pakistan later this week. However, Realme hasn't provided any details on whether the earbuds will debut in global markets.

Realme also brought the toned down version of the original Realme Buds Air last year that it called the Realme Buds Air Neo. That model was launched in India at Rs. 2,999 and included features such as 13mm drivers, IPX4 build, and up to 17 hours of battery life.