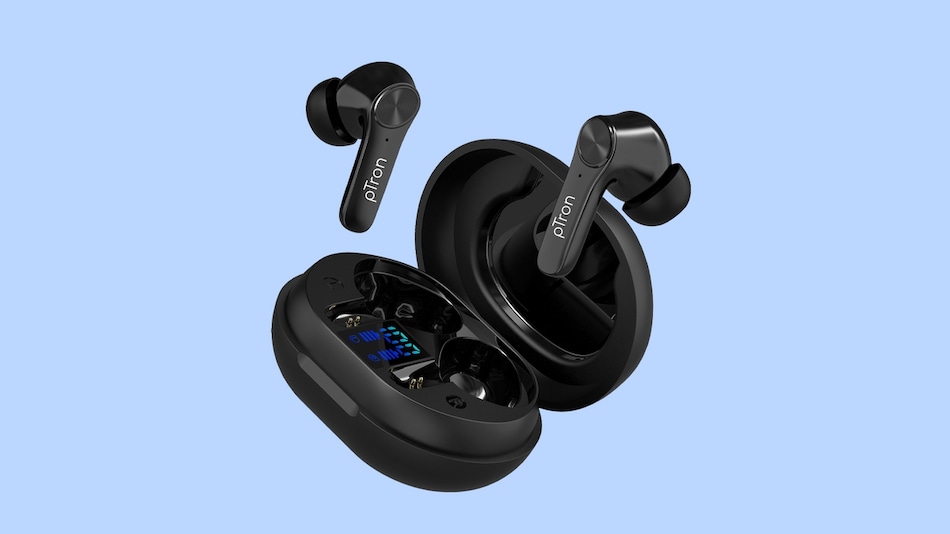 The Ptron Bassbuds Ultima TWS earphones are priced at Rs. 1,699. However, they are available for a limited time period — during the Amazon Prime Day Sale 2021 — for Rs. 1,499. The TWS earphones from Ptron come in a single Black colour option.

As mentioned, the TWS earphones are claimed to be India's first indigenously produced TWS earphones to feature ANC. The ANC technology can be turned on or off. When it is turned on, it provides noise cancellation up to 30dB. Ptron Bassbuds Ultima also feature touch-sensitive controls that let users control music playback, accept or reject calls, adjust volume, and summon the connected smartphone's voice assistant. It supports Google Assistant and Siri voice assistants. The TWS earphones also feature 10mm dynamic drivers that Ptron claims deliver "powerful stereo sound with deep bass."

Ptron claims that Bassbuds Ultima TWS earphones can provide 90 minutes of playback with just 10 minutes of charging using its USB Type-C charging port. Also, the TWS earphones are claimed to be completely charged in 1.5 hours. The total playback time is said to be up to 15 hours including the battery of the charging case. The earphones also feature quad microphones, with two microphones in each earpiece. The earphones can connect with both Android and iOS smartphones. The Ptron Bassbuds Ultima TWS earphones feature Bluetooth v5.0 connectivity and have a range of 10 metres.