Poco Pop Buds are in development with no information on availability as of yet. 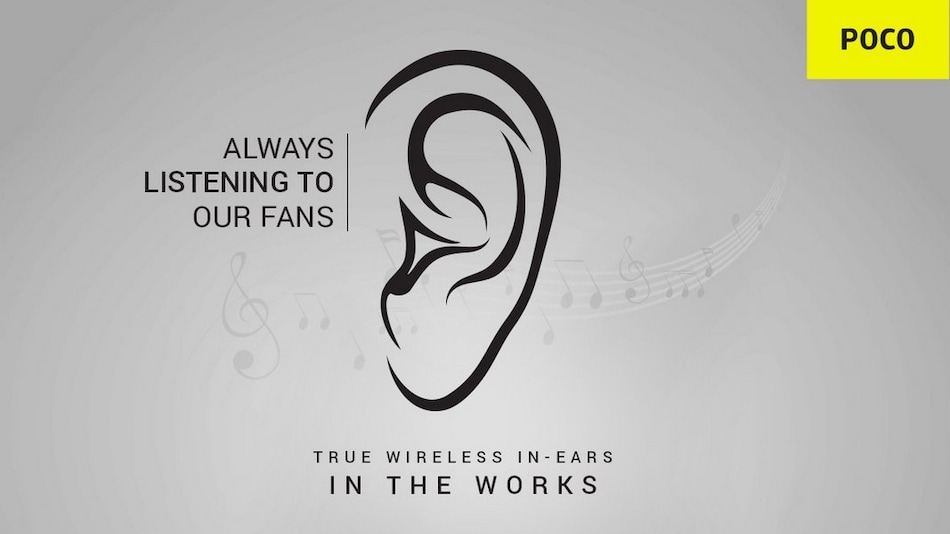 Poco Pop Buds name has been chosen through a Twitter poll

Poco has announced its entry into the truly wireless earphones market with the Poco Pop Buds. As of now, there are no details available for the Poco Pop Buds, but the company says that it is one step closer to making its first truly wireless earphones a reality. The Poco Pop Buds will be the first audio product by the smartphone brand that recently unveiled its much anticipated Poco F2 Pro smartphone. Poco aims at releasing its TWS earphones in the Indian market, owing to the reportedly high growth in the wearables market.

Notably, the company first announced it was working on TWS earphones early in April where it confirmed the product will come to India.

As of now, there is no pricing information or details on availability for the Poco Pop Buds. The company did state in a press release that the wearable market in India has seen significant growth in the last year and that “Poco is all set to add its take on TWS audio to the Poco family.”

Poco launched its Poco F2 Pro smartphone that is yet to hit the Indian market. The phone is a rebranded version of the Redmi K30 Pro and comes with the octa-core Qualcomm Snapdragon 865 SoC, up to 8GB of LPDDR5 RAM, and up to 256GB of UFS 3.1 storage. It has a quad rear camera setup and a pop-up design for the selfie camera.