Philips SBH2515BK/10 TWS earbuds are available with an introductory price tag of Rs. 4,999. 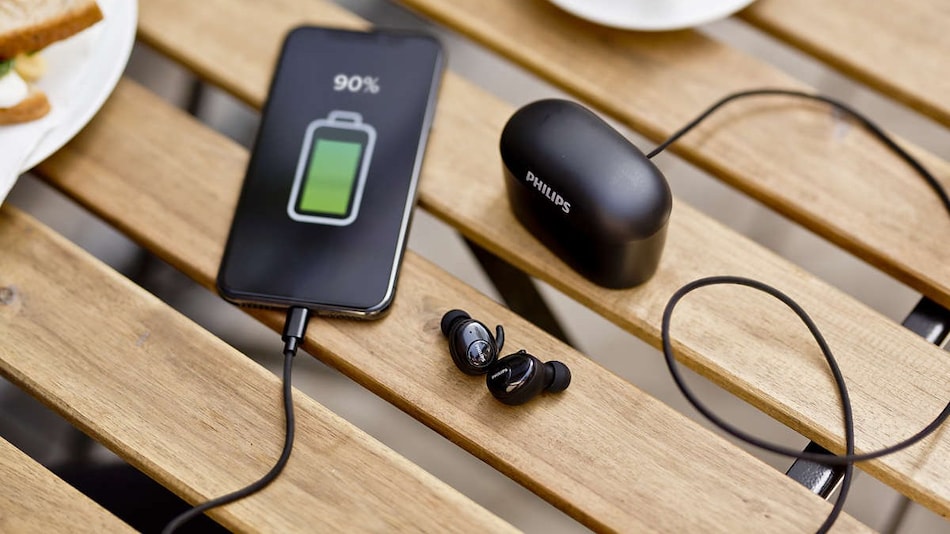 Philips brand licensee TPV Technology on Thursday expanded its truly wireless stereo (TWS) earbuds portfolio in India by launching two new models. Called the Philips SBH2515BK/10 and TAT3225BK, both Philips TWS earbuds come with a multi-function button to let you control music and calls without taking out your smartphone. The Philips SBH2515BK/10 also doubles as a power bank to let you reserve some power to charge not just the earbuds but also your phone, in case of an emergency. On the other hand, the Philips TAT3225BK are designed with a water-resistant IPX4 build to work with some splash and sweat.

At this pricing, the Philips SBH2515BK/10 TWS earbuds seem to take on the HiFuture Tidybuds Pro, which also offer the ability to use its case as a power bank. The Philips ​​TAT3225BK, on the other hand, compete against the OnePlus Buds Z and Realme Buds Q2. The latter come with active noise cancellation (ANC) support, though.

The Philips SBH2515BK/10 earbuds come with 6mm neodymium acoustic drivers along with an oval-shaped tube to enable passive noise isolation. The TWS earbuds also come with a mono mode to let you listen to the ambient sound while driving or going on a public transport. There is an impedance of 16 ohm and frequency response between 20–20000Hz.

In terms of connectivity, the Philips SBH2515BK/10 have Bluetooth v5.0 that offers wireless support for 10 metres. There is also instant Bluetooth pairing support that lets you pair the earbuds by taking them out of the case.

The Philips SBH2515BK/10 standout feature is its charging case that packs a 3,350mAh battery and is capable of working as a power bank to charge smartphones alongside the earbuds. It is claimed to deliver over 110 hours of play time on a single charge. The company claims that one charge from the case takes around 1.5 hours of charging time and gives around five hours of play time.

The Philips TAT3225BK earbuds feature 13mm drivers and have Bluetooth v5.1 connectivity. The TWS earbuds also have 32 ohm of impedance and frequency response between 20-20000Hz. Further, the TAT3225BK come with the IPX4-rated build to deliver splash and sweat resistance.

Unlike the SBH2515BK/10, the Philips TAT3225BK deliver up to 24 hours of play time with its bundled charging case. The case is claimed to take just two hours to fully charge the earbuds. Moreover, the earbuds themselves have built-in batteries to deliver six hours of standalone play time on a single charge.