The update for Oppo Enco X, Enco Air, and Enco Play as well as the Enco Free 2 will be released in China on December 1. 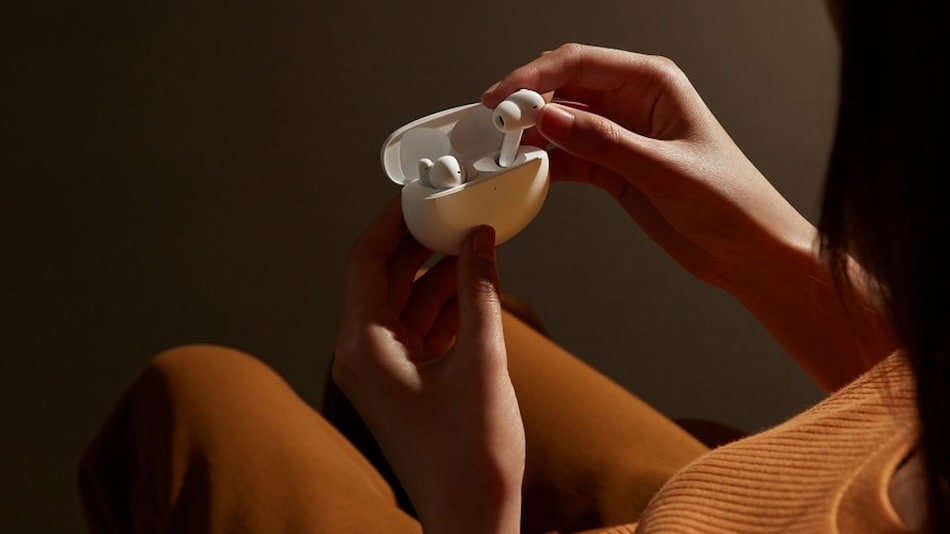 Oppo Enco X, Enco Air, and Enco Play true wireless stereo (TWS) earbuds are getting a software update in December that will bring features available on the Enco Free 2 and Enco Free 2i. One of the biggest additions will be the Double-Tap Camera Control that will let users capture images or record a video by double-tapping the earbuds. Oppo Enco Free 2 are also receiving a new software version that will bring dual-connectivity support to let you pair the earbuds with two devices simultaneously.

As announced on Weibo, the software update for the Oppo Enco X, Enco Air, Enco Play, and the Enco Free 2 will be released in China on December 1. It may take some time to reach users around the globe, though.

The update will enable the Enco X, Enco Air, and Enco Play with the Double-Tap Camera Control feature that debuted on the Enco Free 2 earlier this year. It allows users to record videos or capture a group picture or a selfie by double tapping the earbuds.

Oppo has made Double-Tap Camera Control as a feature specifically for its devices that are running on at least ColorOS 11.3. Users need to open the default camera app on their phone to access the gesture control.

Alongside Double-Tap Camera Control, the Oppo Enco X earbuds will receive the Personalised Sound Boost feature that was available on the Enco Free 2. It uses a software algorithm to adjust the audio playback based on your ears' sensitivity.

The Personalised Sound Boost feature works with phones that are running on ColorOS, Android 6.0 and later, and iOS. For non-ColorOS phones, you need to install the HeyTap app to enable the personalised treatment.

Oppo is also updating the Enco Free 2 earbuds that were launched in May. The update designed for the new Enco model will bring dual-connectivity support that is already available on the newly launched Enco Free 2i. It will be enabled by default and will allow users to connect up to devices with the earbuds.

The feature works with both ColorOS and non-ColorOS devices, though the latter require the HeyTap app. The proprietary app is also the source for getting the firmware update on all Enco earbuds.

What can you expect from Black Friday and Cyber Monday 2021? We discuss this on Orbital, the Gadgets 360 podcast. Orbital is available on Spotify, Gaana, JioSaavn, Google Podcasts, Apple Podcasts, Amazon Music and wherever you get your podcasts.
Affiliate links may be automatically generated - see our ethics statement for details.