Oppo Enco Buds 2 are said to have a total battery life of up to 28 hours. 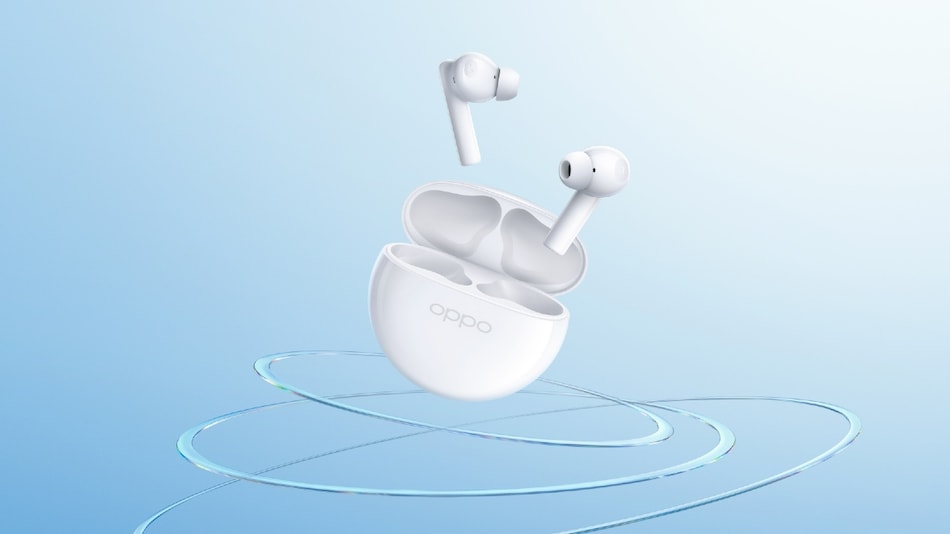 Oppo Enco Buds 2 were reportedly spotted on the Flipkart e-commerce website. The purported listing hints at several key specifications of these true wireless stereo (TWS) earphones. They are said to offer a total of up to 28 hours of battery life. The Oppo Enco Buds 2 are tipped to offer features like fast charging, AI noise cancellation, and more. In addition, a reliable tipster has suggested that Oppo could launch the Enco Buds 2 in India in a couple of weeks.

According to tipster Paras Guglani (@passionategeekz), the Oppo Enco Buds 2 could launch in India on August 25 and is likely to go on sale from August 27. These Oppo TWS earphones have already launched in other markets, including Singapore where they are priced at $79 (roughly Rs. 6,500).

The alleged Oppo Enco Buds 2 listing on Flipkart was spotted by MySmartPrice. The report states that these TWS earphones could be equipped with 10mm drivers designed for powerful bass. The audio output could be further enhanced via Dolby Atmos technology. Gadgets 360 was unable to confirm the listing on the e-commerce platform.

The Oppo Enco Buds 2 are expected to offer a total battery life of up to 28 hours with the charging case and up to 7 hours with the earphones. They are said to support fast charging which could provide up to an hour of backup with 10 minutes of charging. The earphones could also offer a low-latency game mode and AI noise cancellation for calls.

Furthermore, these TWS earphones are believed to have an IPX4-rated water-resistant design. The Oppo Enco Buds 2 are tipped to feature Bluetooth v5.2 support. They are said to be compatible with AAC and SBC codecs. In addition, they are reportedly depicted to sport in-ear design with a stem, according to the report.