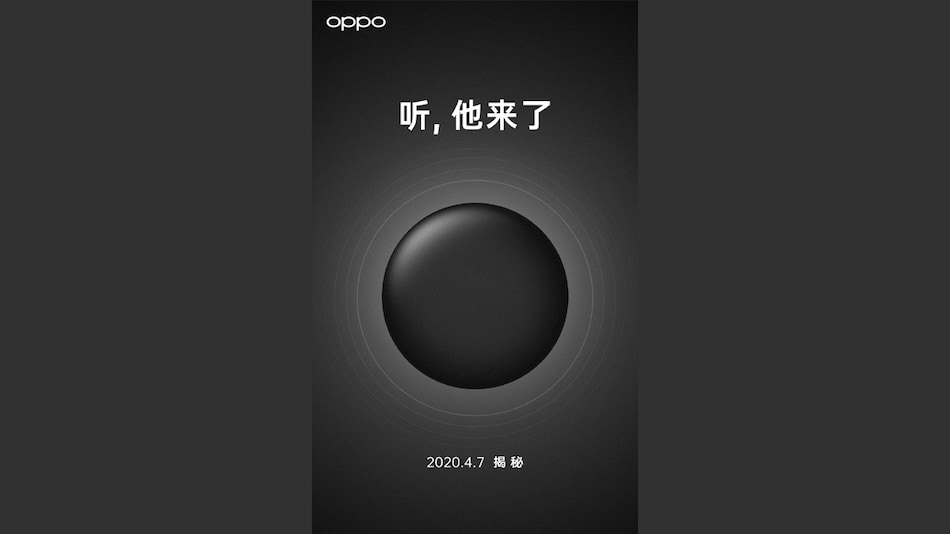 Oppo launched its first pair of truly wireless earphones in India last month, and now, it seems like it's about to launch a new model on April 7. An official teaser image posted on Weibo shows a circular device, with tomorrow's date, which hints that it could be a speaker or a case for a new truly wireless earphones. The new product will be announced for the China market on April 7 and then, depending on when the current coronavirus lockdown is lifted, it could potentially arrive in India as well. It's hard to tell what the actual product will be but thankfully, we don't have to wait too long to find out.

The teaser image was posted on Chinese social website, Weibo, from an “Oppo Acoustics” account, leading us to believe that this is an official teaser from the audio department of Oppo. Along with the image, the post also had the line “The pearls are round and jade-run, and there is a universe inside,” which is Google translated version of the original text. The image shows a circular orb with concentric circles emanating around it. This could be a reference to sound waves, in which case the new product could be a speaker, with Oppo's Breeno voice assistant. It's also possible that this device is just the outer view of a case for a new pair of truly wireless earbuds.

Oppo recently launched the Enco Free true wireless earphones in India that feature an AirPods-like case. This could be something completely different. Many commenters on the post have speculated that it could be the Oppo Enco W31 that were also announced in India along with the Enco Free. The Enco W31 are priced at Rs. 4,499 in India and come in a similarly shaped, round case.