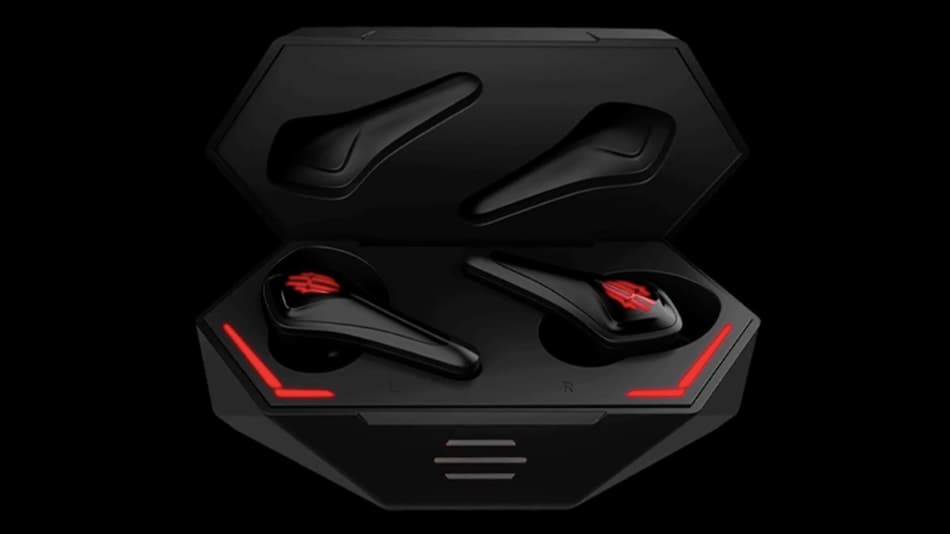 The new Nubia true wireless earphones are made for smartphone gaming

Nubia has announced Red Magic TWS gaming earphones, in a post by the President of the company on Chinese micro-blogging site Weibo. The Nubia Red Magic earphones feature true wireless connectivity, and promise an ultra low-latency mode with a delay of just 39ms when used with specific Nubia Red Magic gaming smartphone models. No other details have been revealed for now, such as pricing, availability, and potential launch plans for the earphones outside of Nubia's home market, but the new true wireless gaming earphones could be officially launched soon.

The new gaming earphones were announced by Ni Fei, President of Nubia, on his verified Weibo page. The post includes a short video render of the earphones with the LED lights on the earphones, and the charging case pulsing. The design is similar to what we've seen before on Nubia Red Magic gaming smartphones, such as the Nubia Red Magic 3S (Review), which was launched in India last year priced at Rs. 35,999 onwards.

The idea of wireless earphones optimised for gaming isn't a new one, and many manufacturers offer gaming modes which offer reduced latency to allow for a shorter delay in audio transmission when playing games on a smartphone or tablet. However, the Nubia Red Magic TWS gaming earphones appear to be the first such model designed entirely for use while gaming, and is meant to be used as an accessory to the company's Red Magic series of gaming smartphones.

A key feature on the Nubia Red Magic gaming earphones touted in the Weibo post is low-latency audio transmission, promising a delay of just 39ms when used with certain Nubia smartphones. This will ensure that there is very little delay in the sound, allowing smartphone gamers to quickly hear sound effects in games.

Wired earphones are typically preferred for gaming, as this ensures that there is no delay in audio transmission — an important aspect of being able to effectively compete in games such as PUBG Mobile and Fortnite.

No other details about the Nubia Red Magic gaming earphones are available for now, and it's unclear when or if the product will launch in India. True wireless earphones such as the Realme Buds Q and Redmi Earbuds S offer gaming modes, but with significantly higher delay of around 120ms.