Nothing Ear 1 are currently available only in a single white colour option, marked by a transparent design. 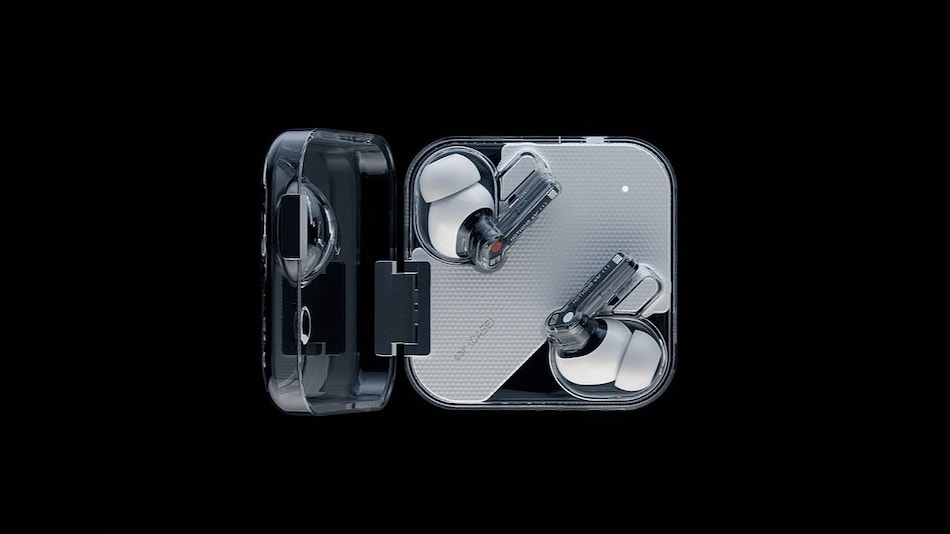 Nothing Ear 1, the company's first pair of true wireless stereo (TWS) earbuds, could soon be available in a Black colour variant. The wireless earbuds can currently be purchased in a single White colour option with a transparent design. Nothing Ear 1 offer features such as active noise cancellation (ANC), transparency mode, touch controls, wireless charging, and IPX4 water resistance. The company is reportedly looking at launching a new colour variant in the future, which could also feature the same transparent design.

According to a report by 91Mobiles citing tipster Ishan Agarwal, Nothing Ear 1 could soon be available in two colour variants, with a new Black colourway alongside the White option which was launched in India in July. The Ear 1 were the first product launched by Nothing, a UK-based company co-founded by Carl Pei, the founder of OnePlus. These earbuds are likely to feature the same specifications as the existing White variant, according to the report.

The Nothing Ear 1 TWS earphones were launched back in July, and are priced at Rs 6,999. They were developed in collaboration with the Sweden-based Teenage Engineering. These earbuds feature 11.6mm dynamic drivers and come with support for ANC, a feature offered by other brands at this price segment. They also come with support for a transparency mode for users who want to hear their surroundings through their earbuds.

Users can manage playback, ANC on/off, and transparency mode with the touch controls on the earbuds. Nothing Ear 1 has an IPX4 rating for sweat resistance, making them suitable for workouts. They offer up to 5.7 hours of battery life per charge, with a total of 34 hours with the charging case. The earbuds support both SBC and AAC codecs, which mean they are compatible with both iOS and Android devices.