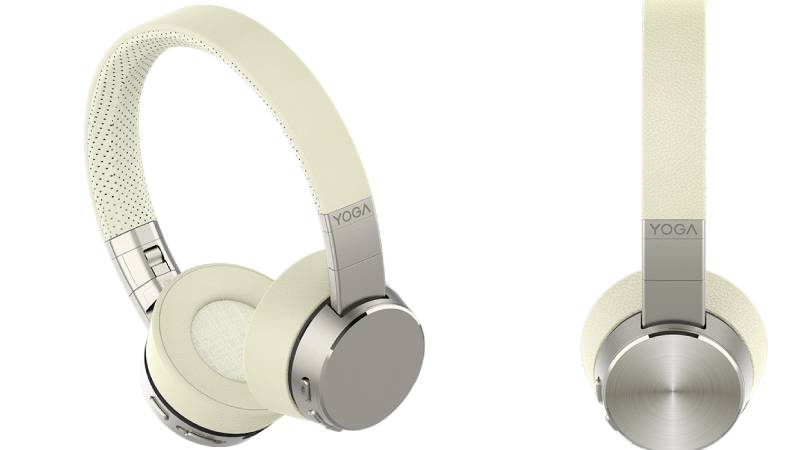 In addition to refreshing several of its ThinkPad and IdeaPad laptops at MWC 2019, Lenovo has unveiled two new pairs of headphones designed to match its ThinkPad and Yoga devices, and a portable USB Type-C companion monitor for laptops. The Lenovo ThinkVision M14 laptop will go on sale in Europe in May this year priced at $249 (approximately Rs. 17,675) while the Lenovo ThinkPad X1 ANC and Lenovo Yoga ANC headphones will be sold from June onwards priced at $149 (approximately Rs. 10,575) and $169 (approximately Rs. 11,995) respectively. The company has not yet discussed plans or timelines for launches in other regions.

The two pairs of headphones have the same features including active noise cancellation, but are styled differently, to match their namesake product lines. The ThinkPad X1 ANC is dark grey and was designed in partnership with Dolby and Synaptics to tune the sound and create a six-mic array without a protruding arm. Using a hybrid of active noise cancelation (ANC) and electronic noise cancelation (ENC), the ThinkPad X1 ANC is intended to let users collaborate through voice and video conferencing platforms and easily interact with voice assistants on their devices.

The Yoga ANC headset has a white finish but features the same aluminium caps on its earpieces as the ThinkPad X1 ANC. This model also features hybrid ANC and ENC to filter out backgraound noise. Both pairs of headphones support Bluetooth 5 and can also be used and charged with a USB Type-C cable. Both are also collapsible for easy storage. Lenovo has not published detailed specifications about the audio characteristics and battery life of these two headsets, but appears to be targeting them more for calls than for music.

The ThinkVision M14 portable monitor is meant to improve productivity by giving laptop users more screen space to work with. The device uses a single USB Type-C cable to connect to any PC or laptop and does not require an external power source. There are USB Type-C ports on either side of the device, to make positioning easier. It also supports pass-through power to charge a laptop if plugged into a wall outlet. However, it does not have a battery of its own.

The display measures 14 inches diagonally and has a full-HD resolution. A height-adjustable chin should be enough to help raise the screen to match a laptop placed next to it. The maximum brightness is 300nits. Lenovo has designed it to be portable, so it weighs 595g and is 4.6mm thick, so it can slip into a bag along with a laptop.