The JBL Quantum series comes with wired and wireless connectivity. 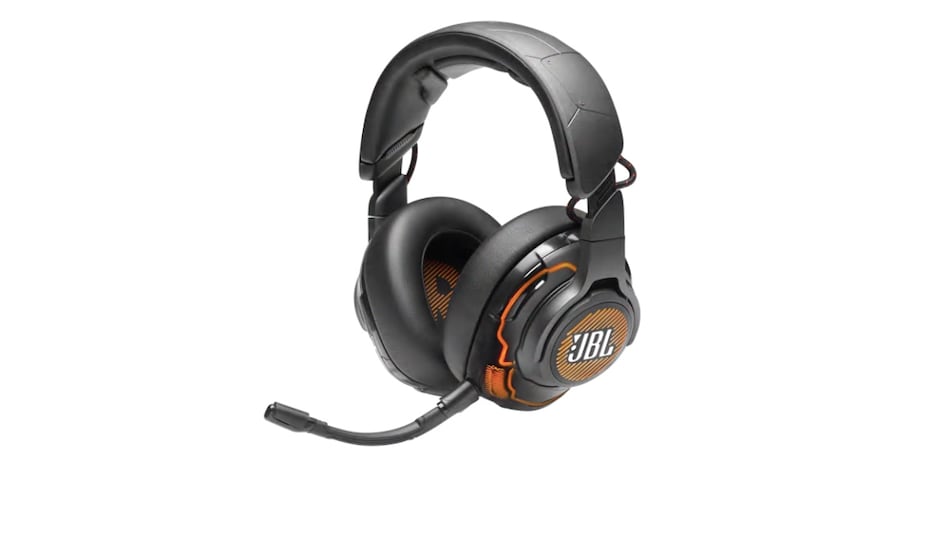 JBL has launched the Quantum series of gaming headphones in India, with prices ranging from Rs. 2,499 to Rs. 22,999 at launch. The audio equipment manufacturer has expanded its range beyond regular consumer headphones to including specialised gaming headphones. The Quantum series has a total of seven headsets at various prices, with different features and connectivity options. The top-end headset in the range is the JBL Quantum One that feature USB connectivity and 3.5mm connectivity, active noise cancellation, and premium materials for the ear cups and headband.

Although wired connectivity - either 3.5mm or USB - is preferred for gaming to avoid lag or latency in sound, the JBL Quantum 600 and Quantum 800 do feature wireless connectivity in the form of 2.4GHz wireless through a separate USB dongle, while the Quantum 800 additionally also allow for Bluetooth 5.0 connectivity. All headsets from the Quantum 400 onwards feature customisable RGB lighting and other tweaks through the JBL QuantumEngine software, currently available for Windows. Most of the software-based features for supported headsets in the range are only available when used with a Windows PC for now.

The Quantum 800 and Quantum One are the most expensive in the series and are meant for dedicated gamers, featuring active noise cancellation. The Quantum One headphones only feature wired connectivity, and also have additional gaming-focused audio tuning, premium leather padding, and ventilated cushioning. The headphones are available now across JBL's online and offline retail channels in India.