The two earphones are available in via JBL,com, as well as online and offline retailers. 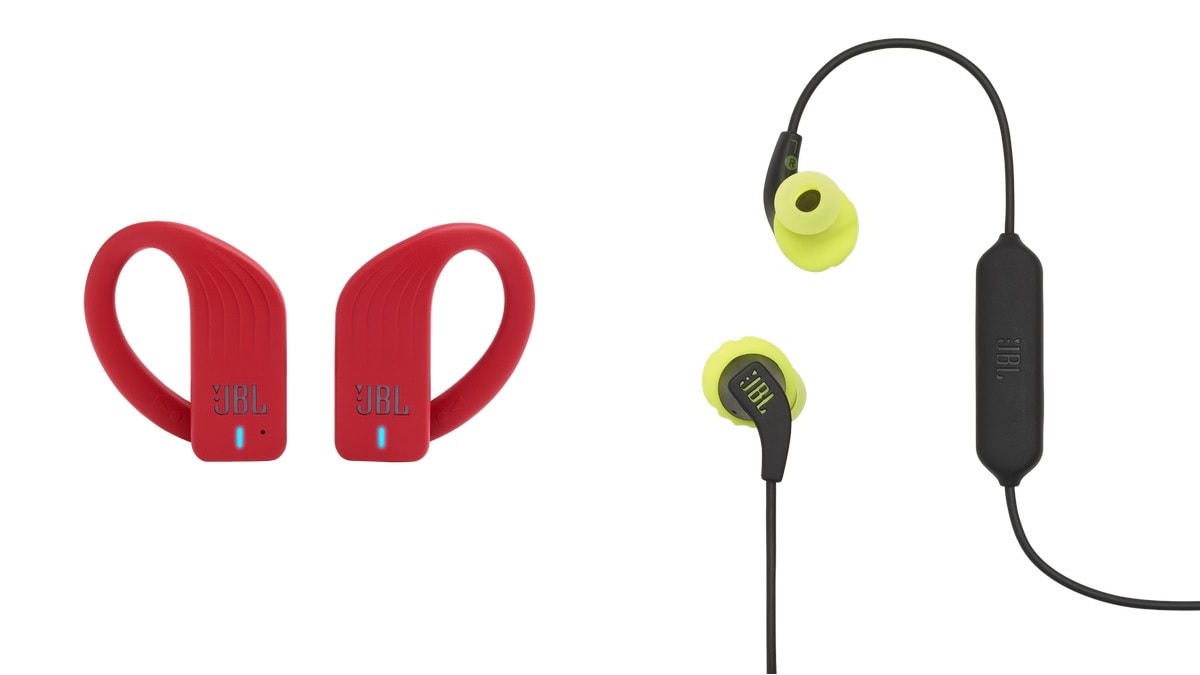 JBL by Harman, owned by South Korean tech major Samsung Electronics, on Thursday launched its Endurance Peak and Endurance RunBT in-ear headphones in India. The two will be available via JBL.com, retail stores, and 350 Samsung brand stores from Friday. While the former are true wireless sports in-ear headphones, the latter are sweat-proof in-ear headphones with a wire connecting the two earbuds. At the launch event in Bengaluru, JBL also announced the extension of badminton star PV Sindhu as its brand ambassador.

Pradeep Chaudhry, Country Manager, Harman India, commented on the launch in a statement, “The new Endurance Peak and RunBT are specifically crafted to ensure a nonstop dose of JBL signature sound in a compact and sporty design. Consumers with an active lifestyle are constantly looking for high quality wireless headphones and these two products are specially made to wither intense workouts and training sessions. All these features are in addition to JBL's signature sound quality.”

The JBL Endurance Peak earphones feature 10mm drivers in each ear. The company is touting their IPX7 waterproof and sweat-proof design, as well as the TwistLock and PowerHook tech that is meant to ensure the earbuds don't fall out during workouts.

The Endurance Peak true wireless sport earphones work both in mono and stereo, and feature touch controls for music playback, volume, and calls. It comes with 3 silicon eartips for customisation. There is a 75mAh battery in each earphone.

JBL is touting 4 hours of battery life on the Endurance Peak, while the smart charging case that accompanies the earphones will provide an additional 24 hours of power (equalling 28 hours). The company touts that a 10-min quick charge in the case will provide up to 1 hour of battery life to the earphones. It can charge completely in less than 2 hours, the company said. The earphones feature Bluetooth v4.2 connectivity.

JBL Endurance RunBT features
The JBL Endurance RunBT feature 8mm drivers in each ear, and have an impedance of 16 ohm. The earphones are designed to be sweat-proof, but do not have an IP rating. The company is touting the FlexHook design, which lets users choose between wearing them in-ear or behind-the-ear. The TwistLock tech also helps ensure the earphones don't fall out during running or other physical activities.

There earbuds of the JBL Endurance RunBT are magnetic, and users can attach them together on their neck to stow away when not in use. There's also an in-line one button remote with microphone that enables hands-free calling, while a double press of the button activates Google Assistant or Apple's Siri on the connected smartphone.

The company is touting 6 hours of wireless playback, and the JBL Endurance RunBT use Bluetooth v4.1 connectivity. There is a 120mAh battery onboard, rated to take up to 2 hours to charge completely. 3 silicone eartips are provided in the box.