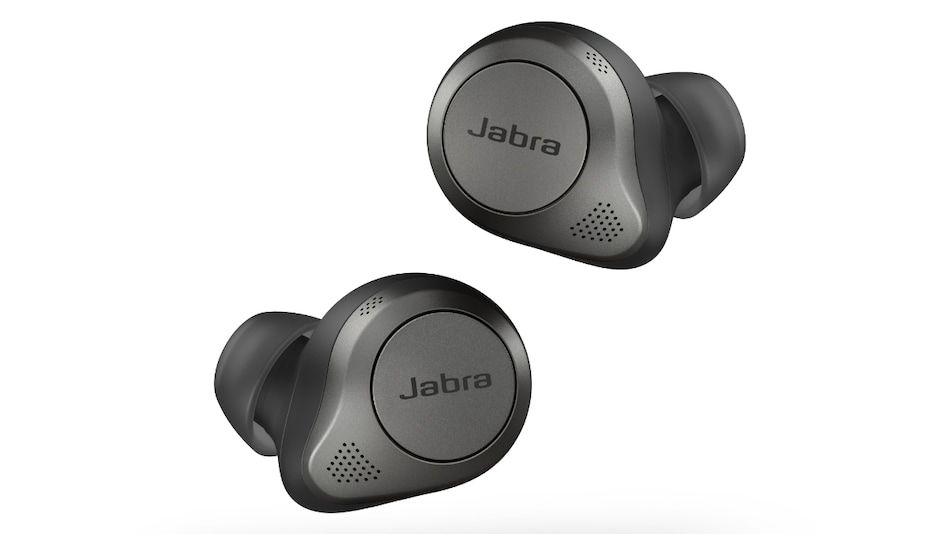 Jabra Elite 85t are IPX4-rated for dust and water resistance

Jabra Elite 85t true wireless stereo (TWS) earbuds with adjustable advanced active noise cancellation (ANC) have been launched in India. They come equipped with a dual chipset that is said to deliver optimal sound processing. The earphones feature a semi-open design, multiple ANC microphones for communication, and HearThrough technology that allows the users to hear ambient noise. The company says that the earbuds are Qi-certified for wireless charging. They are claimed to deliver up to 5.5 hours battery on the earbuds, and a total of up to 25 hours from the charging case with ANC on.

Jabra Elite 85t ANC true wireless earphones feature a semi-open design and come equipped with 12mm speakers for powerful bass. The design is said to provide comfort by relieving ear pressure. Jabra says that the earbuds have oval-shaped EarGels for a better in-ear sealing and a secure fit. The earbuds also come with a dedicated ANC chip that is said to efficiently remove surrounding noise. There is a HearThrough Mode (Jabra's word for transparency mode) which allows the ambient noise to seep through the earbuds. There are 11 levels from full ANC to full HearThrough.

The Jabra Elite 85t earbuds feature 6-mic technology (three on each ear, two on the outside, one on the inside) that is said to provide improved wind noise protection for great calling. The earbuds are IPX4-rated for dust and water resistance which essentially means they can withstand splashes and sweat. The earbuds are voice assistant-enabled, which means users can use them with Alexa, Siri and Google Assistant. Customers can use Sound+ App for a customised sound output.

The company says that the Jabra Elite 85t are Qi-certified for wireless charging, and compatible with all Qi-certified chargers. They are claimed to deliver up to 5.5 hours battery on a single charge and up to 25 with the charging case with ANC on. In case the user is not using ANC, the earbuds are claimed to deliver up to 7 hours of run-time and up to 31 hours with the case.