With the Elite 85h, Jabra sets its sights on Sony and Bose. 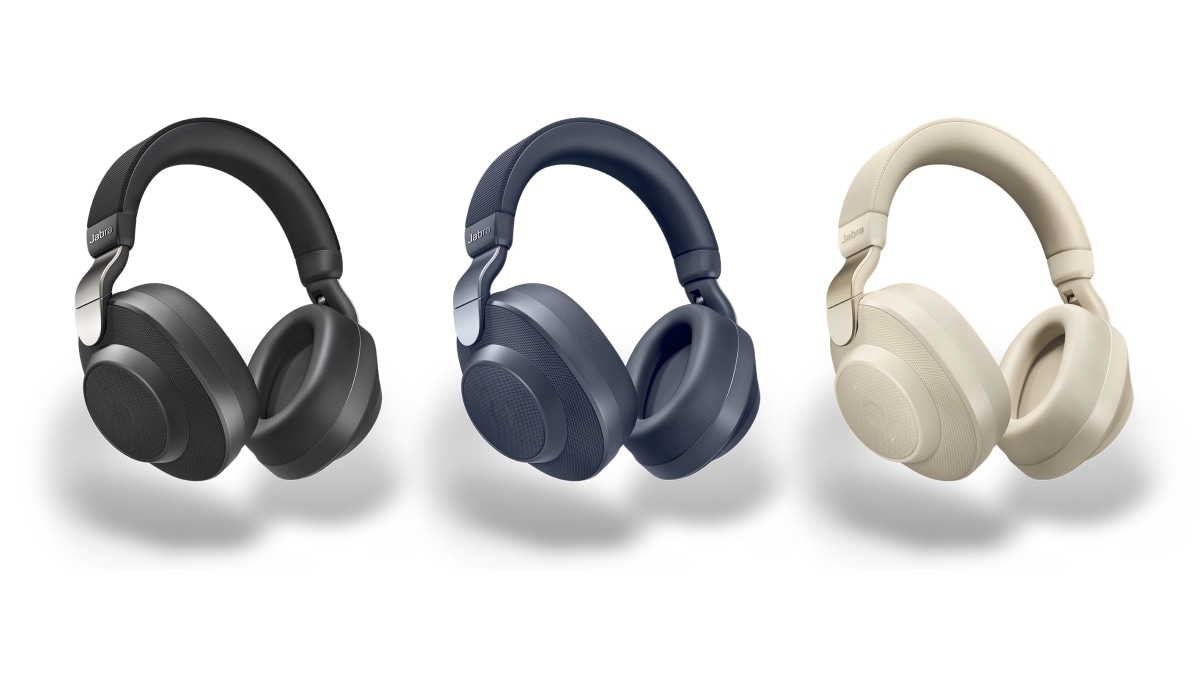 For the last few years, active noise cancellation and wireless connectivity on headphones has been the domain of Sony and Bose, which have gone head-to-head for dominance of the space. However, Danish audio equipment manufacturer Jabra has finally thrown its hat into the ring, and has launched the Jabra Elite 85h wireless active noise cancellation headphones in India. The Elite 85h is priced at Rs. 28,999, and goes on sale on May 25 through Amazon, Croma, and other Jabra authorised resellers.

The Jabra Elite 85h is the most expensive product in the the company's current consumer headset lineup, and also the most technologically advanced. The headphones are available in four colours - Black, Titanium Black, Gold Beige, and Navy - and feature Bluetooth 5.0 connectivity, along with the option to connect via a 3.5mm plug to various devices. The headphones are charged through a USB Type-C port, with a claimed battery life of 36 hours when using active noise cancellation and 41 hours with ANC switched off. The headset has 40mm drivers and a total of eight microphones, with four exclusively for calls, two for noise cancellation, and two hybrid microphones that are additionally used in both cases.

The headphone additionally feature SmartSound technology, which is said to automatically adapt sound and active noise cancellation based on the surroundings of the wearer. This is similar to technology in use by Sony on the WH-1000XM3, as well as on the Bose QC35 II headphones. The headphones are additionally IP52-rated for dust and water resistance, and can be used with the Jabra Smart Sound+ app that lets you further customise settings on the headphones.

The Jabra Elite 85h headphones were announced at CES earlier this year at $299 (approximately Rs. 20,850), but have a much higher launch price of Rs. 28,999 in India. Jabra also recently launched the Move Style Edition budget wireless headphones in India at Rs. 7,299, which were also originally announced at CES 2019.