Jabra Elite 75t series will get the firmware update via Sound+ app. 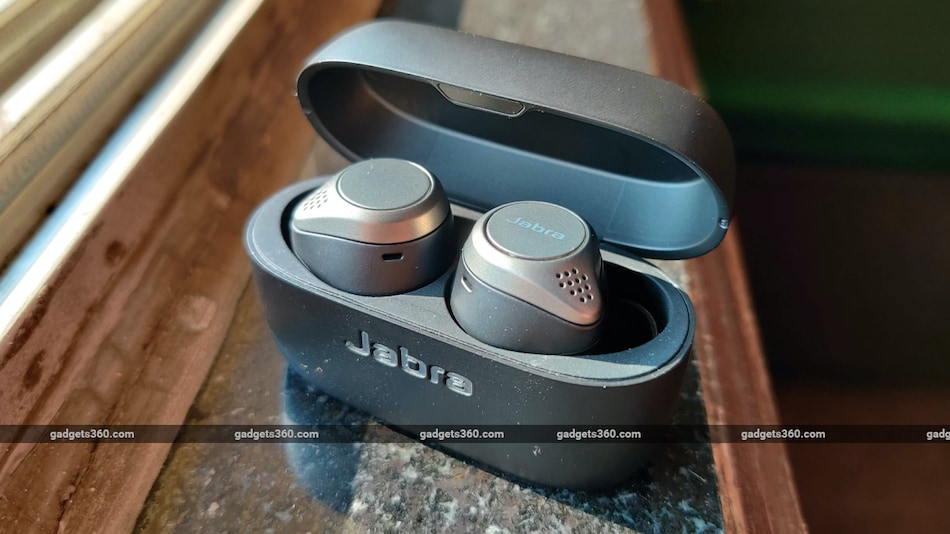 Jabra Elite 75t earbuds are getting a free firmware update that would enable active noise cancellation (ANC) on the true wireless (TWS) earphones. The company said in a press release that the move makes Jabra the first to deliver ANC on existing TWS product lineup. Launched in India in April this year, Jabra Elite 75t earbuds boast of up to 28 hours of battery life with the charging case and 7.5 hours without it. However, it should be noted that when ANC is tuned on, there will be a slight dip in the battery performance. The company has also announced several discounts on its products ahead of the festive season.

The ANC upgrade on Jabra Elite 75t earbuds is designed to provide an enhanced music and media playback experience. Both the Active and non-Active earphones in the Elite 75t series will get the firmware update via the company's Sound+ app.

Jabra said in a press release that with ANC on, the earbuds will provide a battery life of up to 5.5 hours on a single charge and a total of up to 24 hours with the charging case. With ANC off, the performance will be restored to the previously mentioned battery life. The company also said that the ANC enabled earphones will continue to have IP55/IP57 rated durability.

For interested customers, the Jabra Elite 75t earbuds will be available for purchase with ANC as standard from the third week of October.

Ahead of the festive season, the Danish company has announced discounts on its Elite 75t series and Elite 65t series of earphones. While the former will be up for grabs at over 30 percent discount, the latter will see a discount of over 40 percent. Apart from the company's India website, the offers can also be availed via retailers including Amazon, Flipkart, Croma, and Reliance Digital. Originally priced at Rs. 15,999, the Elite 75t series is currently listed at Rs. 13,999 for the non-wireless charging model and at Rs. 14,999 for the wireless charging-enabled variant on Jabra.in.

The company also announced the Jabra 85t TWS earphones in September. Featuring Jabra Advanced ANC support, the India pricing and availability details for the upcoming earphones are expected to be announced soon.