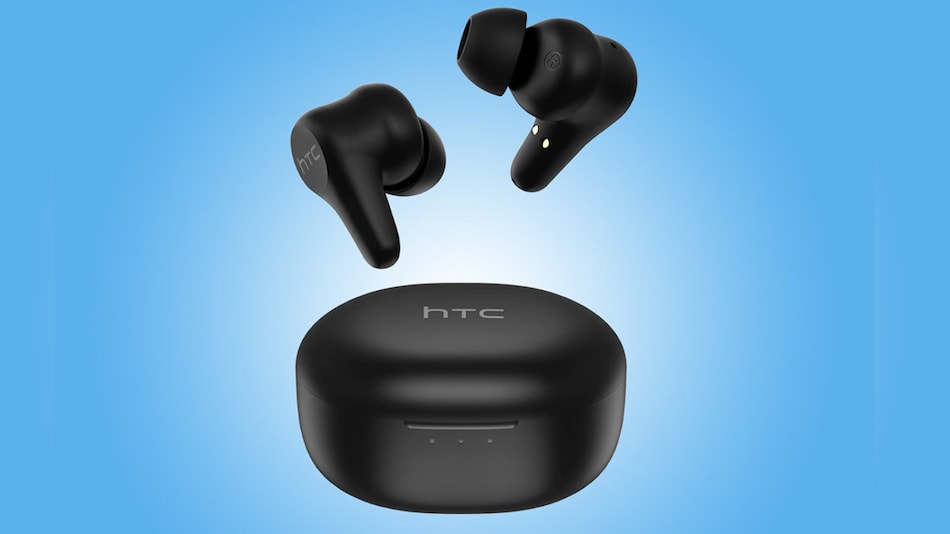 HTC True Wireless Earbuds Plus have been reportedly launched in the UK. The new wireless earbuds come with active noise cancellation (ANC), auto-pairing feature, and touch controls for answering or rejecting calls. The earbuds have an in-ear design and an IPX5 water-resistant build. Also, the HTC True Wireless Earbuds Plus are reported to deliver up to 86 hours of battery life along with the charging case. The new earbuds are said to come in two different colour options. HTC also recently unveiled a new virtual reality (VR) headset called HTC Vive Flow.

As per a report by Pocket-lint, the HTC True Wireless Earbuds Plus will go on sale starting Tuesday, 26 October 2021 priced at EUR 69 (roughly Rs. 6,000), and will be available for purchase through the HTC Vive website.

As mentioned, the earphones come in Black and White colour options. However, HTC has not shared any details about the product's availability in India and other markets.

On the specifications front, the HTC True Wireless Earbuds Plus are said to feature inbuilt mics for calls and active noise cancelling technology to cut out ambient sounds. Users will be able to use the earbuds independently as well. The earbuds are reported to feature touch controls for answering or rejecting calls and are IPX5-rated for water resistance.

Also, the HTC True Wireless Earbuds Plus are said to deliver up to 5.5 hours of battery life while playing music without ANC and up to 4.5 hours when ANC is switched on, says the report. The charging case is said to increase the total “standby time” to 86 hours.

Separately, a Gizmochina report says that HTC True Wireless Earbuds Plus are made up of silicone and have a lightweight ergonomic design.

The launch of HTC True Wireless Earbuds Plus comes a few days after the company has unveiled a new virtual reality (VR) headset called HTC Vive Flow in the UK market. The VR glasses can be worn like a pair of glasses and features two cameras, adjustable diopter dials, and dual inbuilt speakers. It is compatible with the Vive app. HTC Vive Flow comes with a 75Hz refresh rate with a 100-degree field-of-view (FoV), 4GB of RAM, and 64GB of onboard memory.