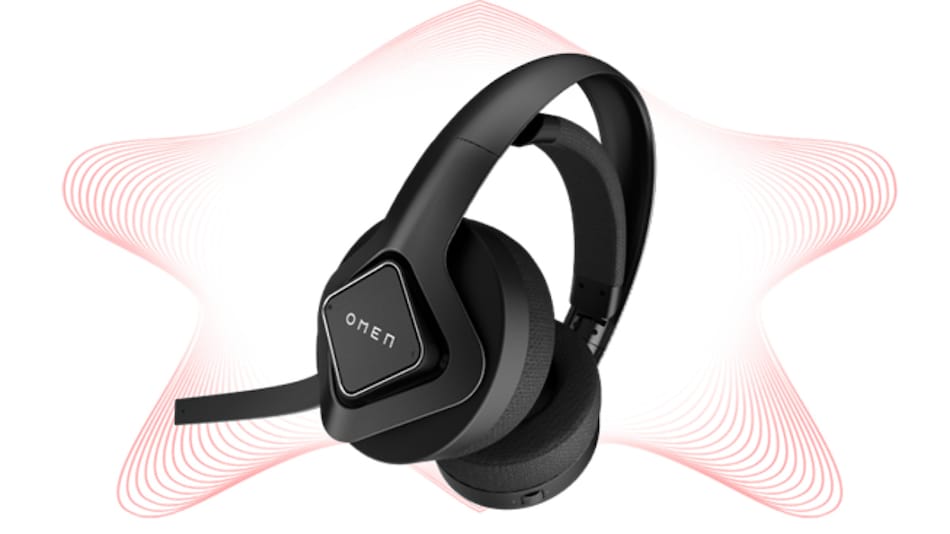 HP Omen Frequency wireless headset, along with Omen Vector wireless mouse and Omen Spacer wireless TKL keyboard, has been announced. The company has introduced Warp Wireless Technology with Omen Command Center integration in its new Omen gaming accessories that are claimed to offer lag-free gaming experience. HP says that these wireless accessories will be showcased during the Omen Underground event that is scheduled at 1pm PDT on Tuesday (1.30am IST on Wednesday) via the official PAX Arena Twitch channel.

The HP Omen Frequency wireless headset features the company's Warp Wireless Technology that is claimed to provide lag-free, low-latency audio. HP says that the headset delivers a 7.1 surround sound and C-Media Xear technology produces 360-degree sound. The headset comes with customisable EQ and lighting that can be adjusted from the Omen Command Center.

HP says that the Omen Frequency wireless headset delivers up to 30 hours of battery life, and comes with USB Type-C charging. It has an environmental noise cancelling microphone that comes with flip-to-mute feature. The headset features removable earpads, suspension headband, rotating earcups, and a rotating volume control situated on the earcup. HP says that the headset can be used with Mac, iOS, PC, PS4, PS4 Pro, Xbox One, Xbox One X, and Nintendo Switch.

The Omen Frequency wireless headset is expected to be available this December at a starting price of $169.99 (roughly Rs. 12,500).

Omen Spacer Wireless TKL keyboard is claimed to deliver up to 75 hours of play on a single charge
Photo Credit: HP

Omen Spacer Wireless TKL keyboard can be used in wireless or wired modes. It is claimed to deliver up to 75 hours of play on a single charge, and said to provide six hours of battery life (without backlight) in five minutes of charging. It comes with MX Cherry Brown switches, 100 percent anti-ghost and N key roll-over, and magnetic detachable palm rest. It is said to come with AES Standard 128-bit encryption to prevent cyber-thieves from intercepting keystrokes.

Fitbit Sense’s ECG App Gets Regulatory Approval, Will Be Available From October
The Mandalorian Season 2 Trailer Finds the Mando Looking for the Jedi