Dolby’s new format for music supports up to 128 separate audio channels, much more than two channels in normal music recordings. 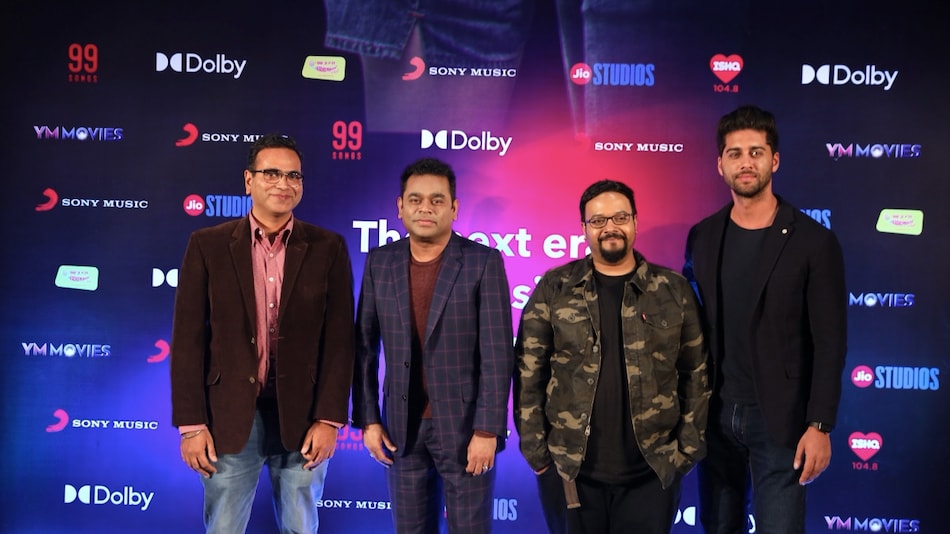 Dolby Atmos Music made its consumer debut globally in late 2019, and is well on the way to mainstream use. The new 3D audio music format from American audio technology developer Dolby has now been launched in India. The first album made for Dolby Atmos Music is the soundtrack of upcoming film ‘99 Songs', composed by Academy and Grammy Award winning music director and composer AR Rahman. The Hindi language film and its soundtrack will be released in India in the coming months.

Showcased in its full glory at CES 2020, Dolby Atmos Music is a new 3D audio format that allows music producers to create tracks with multiple channels - up to 128 separate channels are supported by the Dolby Atmos standard. This would allow the tracks to be heard in far more than the standard two-channel stereo effect, giving a sense of space and direction to the tracks.

The soundtrack of 99 Songs has been created to work with Dolby Atmos Music, and will be compatible with Dolby Atmos-enabled products such as smartphones, soundbars, and speakers. If listening on a two-channel device such as a pair of headphones, the track is down-mixed to stereo but retains some of the directional sense the same as a typical binaural audio recording.

“We are on a mission to reinvent how music is experienced. Dolby Atmos Music envelops the listener, bringing you inside the song,” said Pankaj Kedia, Managing Director, Emerging Markets, Dolby Laboratories, in a statement. We share Jio Studio, Sony Music & Mr. AR Rahman's vision to bring his music to the world for everyone to experience and connect to like never before, in Dolby Atmos for the first time in India.”

It's worth pointing out here that Dolby Atmos Music isn't commercially available for consumers in India just yet, as no streaming services or distribution formats officially available in India currently support it. Globally, Dolby Atmos Music tracks are available on Amazon Music HD and Tidal HiFi, two major streaming services that have pioneered the high-resolution audio streaming segment. Amazon Music HD only works on select devices such as the Amazon Echo Studio for now, but as mentioned, the service is not available in India yet.

Without a fixed plan for delivering Dolby Atmos Music tracks to the consumer, there isn't a direct way to gain access to the new tracks from the 99 Songs soundtrack yet. According to Kedia, discussions are being held and plans are in the works to bring Dolby Atmos Music to consumer delivery platforms, but nothing is confirmed for now.

However, interested listeners will be able to get the full benefit of Dolby Atmos Music encoding if watching the movie in a Dolby Atmos-enabled movie theatre, when it is released in cinemas this year.

Apple Embroiled in Row Over Book by German Former Executive, Says It Disclosed Secrets
Poco X2 vs Redmi Note 8 Pro: Which 64-Megapixel Smartphone Should You Buy?