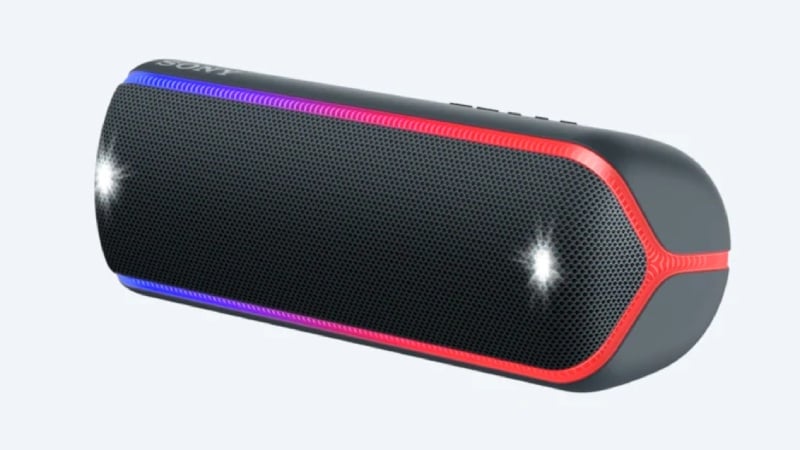 Japanese electronics giant Sony continues to actively take on the portable speaker space, and has launched a range of new products in the SRS-series and outdoor-focused PG range. The ongoing CES 2019 tech convention sees Sony launch the SRS-XB12, SRS-XB22, and SRS-XB32 portable wireless speakers. The company has also launched the rather unique Sony GTK-PG10 outdoor party speaker, which comes with cup holders on a top panel that doubles up as a table, presumably to keep your drinks and other things on.

The Sony speakers feature wireless connectivity over Bluetooth to pair with most major smartphones and source devices, along with light effects on the XB-22 and XB-32 speakers. All three speakers also feature IP67 ratings for dust and water resistance, with claimed battery life going up to 24 hours on the top-end variant. Charging is via USB ports on the speakers, while NFC aids faster pairing on the XB-22 and XB-32 models.

Also launched is the Sony GTK-PG10 party speaker, which is being touted as a speaker for party use whether outdoors or indoors. It features a fold-out table which comes with integrated cup holders and a platform to keep things. Furthermore, opening up the top panels allow the tweeters to fire upwards, thereby allowing sound to spread better. Interestingly, the Sony GTK-PG10 speaker can also be mounted on a tripod for elevation.