The AirPods concept, re-imagined for speakers. 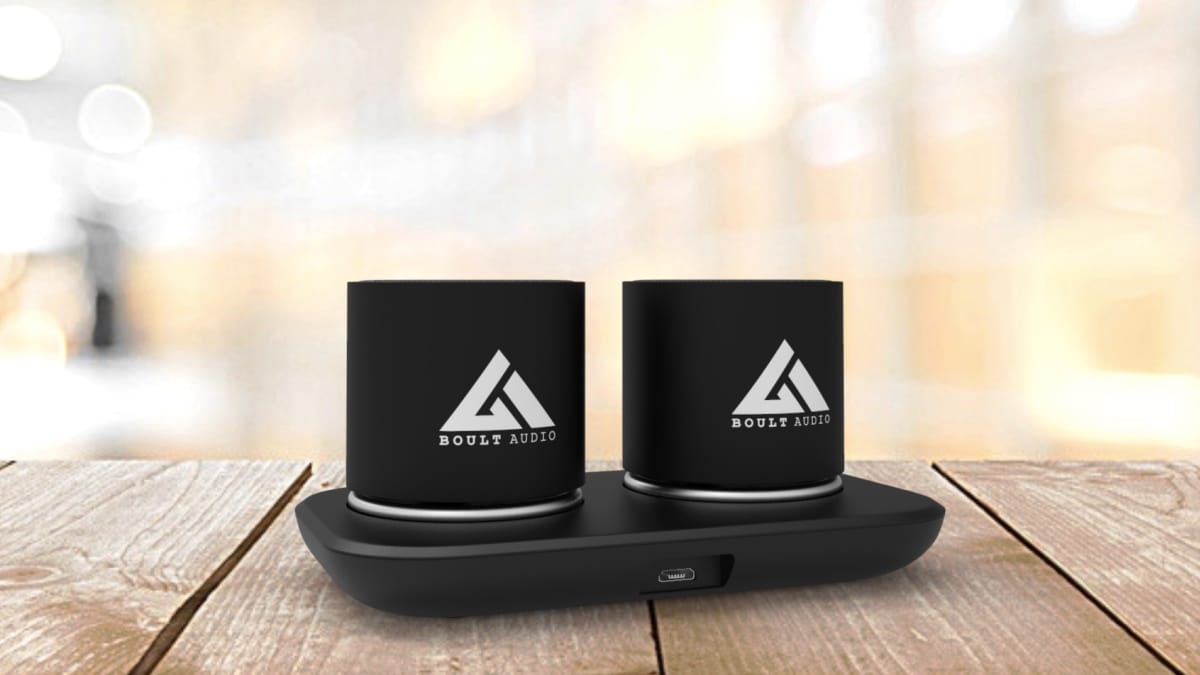 We've heard of truly wireless headphones, but the concept has now made its way to the speaker segment as well. The idea is the same as that of the earphones - two speakers that work wirelessly, but together, for stereo sound. One of the first such products is the Boult Audio Vibe, which has been launched in India, priced at Rs. 2,699. The Boult Audio Vibe is available to purchase now on Amazon, and hopes to popularise the ‘truly wireless' concept for speakers.

The Boult Audio Vibe speakers function in the same way as truly wireless earphones, such as the Apple AirPods. The sales package includes two independent speakers, along with a charging dock. The speakers connect to each other when in use, offering proper stereo sound through the two channels. Connectivity is through Bluetooth v4.2, and the speaker system uses the Qualcomm CSR8635 chipset.

The speakers can be placed on the charging dock when not in use. It has its own battery and can charge the Boult Audio Vibe twice over. Battery life is claimed to be 6-8 hours per charge cycle, and the entire speaker system weighs 399 grams. The charging dock has a Micro-USB port for charging.

The concept of ‘truly wireless' speakers is a new one, and although it borrows the technology from truly wireless earphones, it hasn't quite caught on. The Boult Audio Vibe will take on similarly priced regular wireless speakers such as the Boat Stone 700A, which is also priced at slightly over Rs. 3,000 but offers features such as Alexa built-in and IPX6-rated water resistance.