Swipe up or down on the right earpiece to adjust the volume. 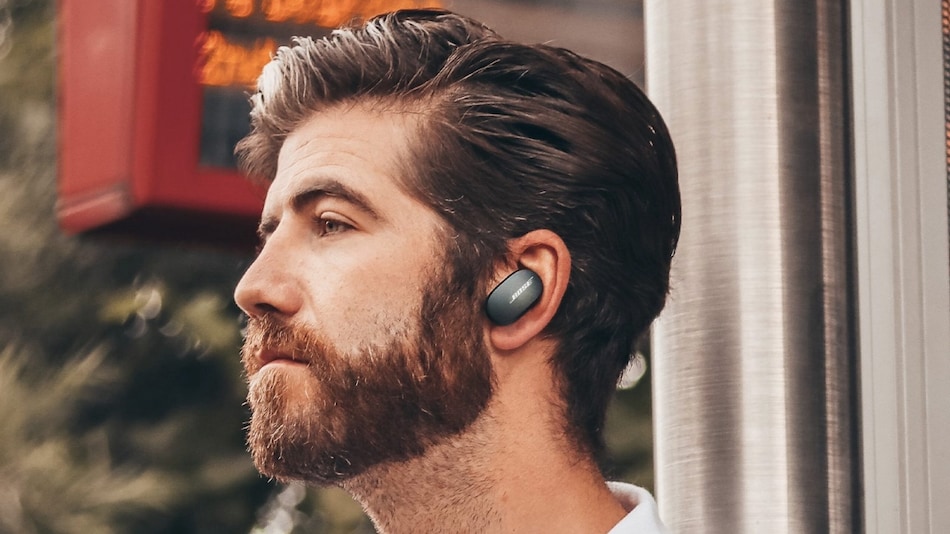 The Bose QuietComfort Earbuds were launched in India in October 2020

Bose QuietComfort Earbuds and Sport Earbuds now support swipe controls to adjust the volume, after a firmware update for the Bose Music app added the feature. Users of the two premium true wireless headsets from Bose can now adjust the volume directly from the headset, a feature that was previously not supported. Although coming a while after the launch of the true wireless earphones, this feature will be a welcome addition for users of the two Bose true wireless headsets.

The addition of swipe volume controls for the Bose QuietComfort Earbuds and Sport Earbuds was reported on by The Verge, which states that the latest update for the Bose Music app for iOS adds the ability to toggle a new ‘Volume Control' option in the settings. If turned on, users will be able to swipe up or down on the touch-sensitive part of the right earbud of the two headsets to adjust the volume.

It's likely that the update will come to the Android version of the Bose Music app as well, and make the touch-controls much more detailed and useful. The report also states that the Bose Noise Cancelling Headphones 700 can now quickly launch Spotify directly from the headset through a tap-and-hold gesture on the right side. This is optional, though, and can be controlled through the specific settings for the headset in the Bose Music app.

Bose launched the QuietComfort Earbuds and Sport Earbuds globally in September this year, while India pricing and availability was announced in October. Priced at Rs. 26,990 and Rs. 17,990 respectively, the true wireless earphones go up against competition from Apple, Sony, and Sennheiser in the premium segment.