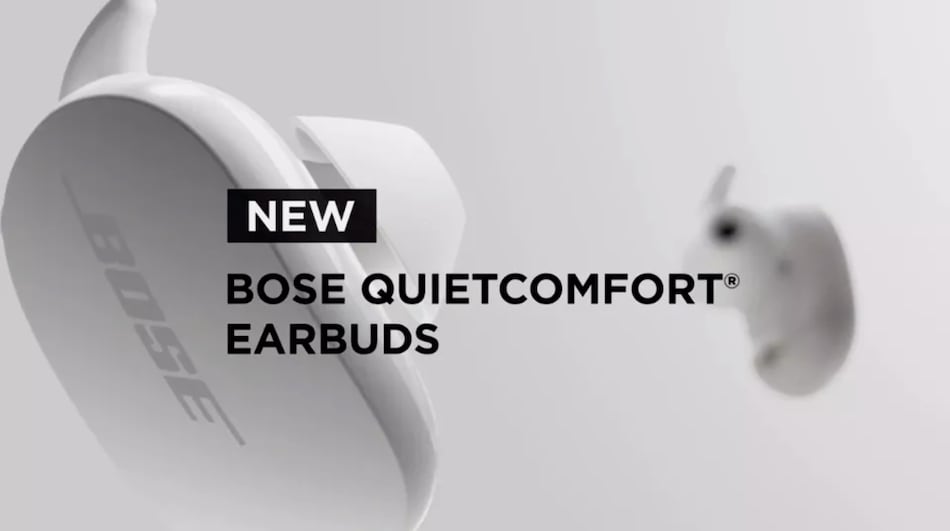 Bose has been working on new noise cancelling earbuds for a while now and these were previously known as Noise Cancelling Earbuds 700. A new video leaked by Australian retailer Harvey Norman now suggests that the earbuds may launch soon as the Bose QuietComfort Earbuds. The company gave up on the QuietComfort branding when it replaced the QuietComfort II headphones last year with the Noise Cancelling Headphones 700. However, the company looks to re-introduce this branding, if the new leaked video is to be believed.

This video was spotted on Vimeo by CNET first. It was posted erroneously by retailer Harvey Norman for a brief period and was later removed. The video seems to suggest that the Bose Noise Cancelling Earbuds 700 will be released the Bose QuietComfort Earbuds. These earbuds look to offer competition to the Apple AirPods range.

As for the design, the Bose QuietComfort Earbuds or the Noise Cancelling Earbuds 700, whatever these end up being called, are expected to have a pill-shaped design. The Bose logo sits at the back with a white colour option modelled in the video. These earbuds will likely be priced somewhere near that of the Apple AirPods Pro.

In the truly wireless earbuds category, Bose currently has the SoundSport Free as the only option for purchase. With the introduction of the Bose QuietComfort Earbuds aka Noise Cancelling Earbuds 700, the company looks to offer a much needed variety to buyers, alongside offering some real competition to Apple as well that has been dominating the TWS space.