Bose is offering a full refund to customers who bought the Sleepbuds. 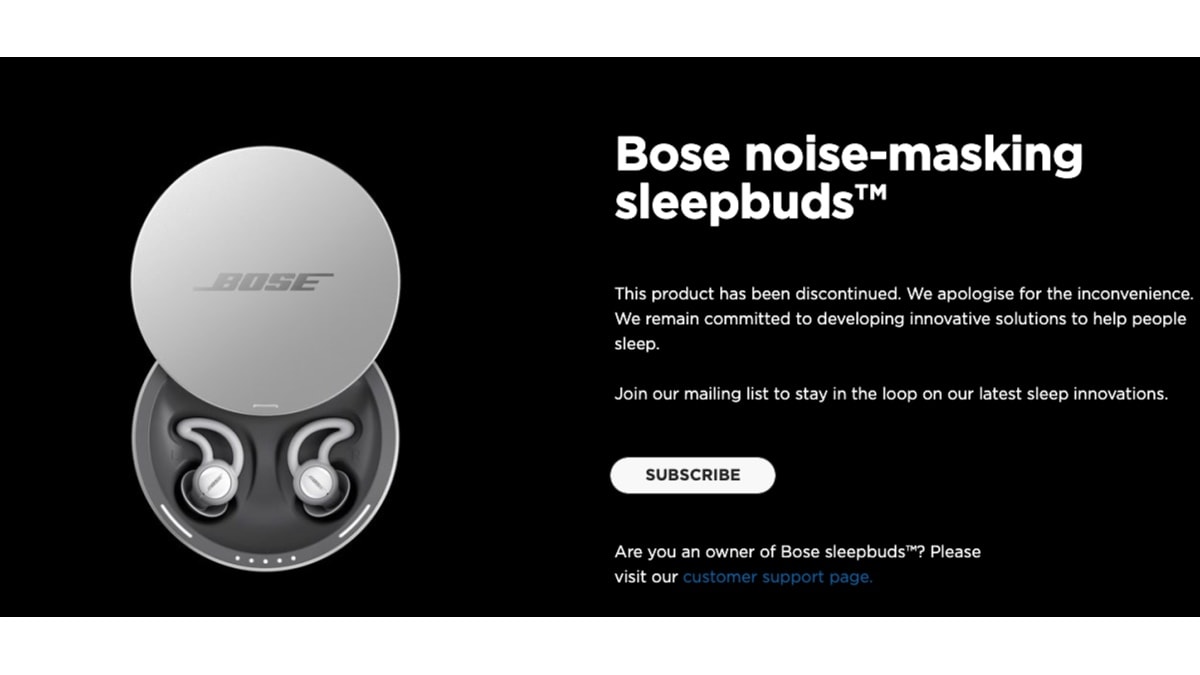 The Noise Masking Sleepbuds were priced at Rs. 22,900

At launch, Bose stated that noise-masking is a science, but it was still hard to be convinced considering that the Sleepbuds couldn't even play music of your choice despite the high cost. The company has now released a statement saying that its experiment in making a product that helped people sleep better hasn't been successful. Users have reported issues with the product not charging fully, powering down unexpectedly, or both.

While the product has been discontinued, Bose has also stated that existing customers of the Noise Masking Sleepbuds will receive full refunds on returning the product before December 31, 2019. Buyers in India can contact Bose's customer support through official channels to understand how to return the product and receive the refund.

To recall, the Bose Noise Masking Sleepbuds were a pair of earbuds that resembled truly wireless earphones, but were unable to play user music by connecting to a source device. Instead, the buds played only a select list of soothing audio tracks, and were reportedly comfortable and secure enough to stay in your ears all night, even while you slept. However, the high price led to some ridicule, and the eventual discontinuation of the Noise Masking Sleepbuds will put an end to a chapter in Bose's story that the company would like to quickly forget.