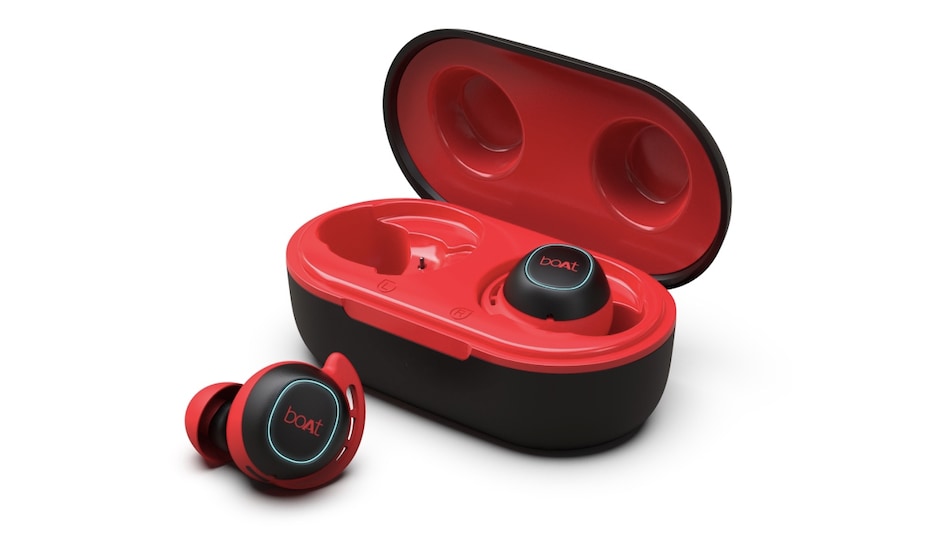 Affordable audio brand Boat has launched its latest product, the Boat Airdopes 411 true wireless earphones. Priced at Rs. 2,499, the Boat Airdopes 411 are available now on Amazon, and will add to the growing competition in the affordable true wireless earphones segment thanks to its feature set and pricing. The new earphones are available in five colour options, of which two are currently available and the other three will be launched in the coming weeks. There are other modern specifications and features on the earphones as well.

The Boat Airdopes 441 are the latest product in the Airdopes range of true wireless earphones from Boat, and come with better features while maintaining the affordable pricing that is the forte of the Indian audio brand. The earphones feature Bluetooth 5.0 for connectivity, and are powered by 6mm dynamic drivers. There is also IPX7 water resistance on the earphones, making them suitable for all kinds of outdoor and fitness use; this will be particularly useful as India heads into the monsoon season this month.

Boat Airdopes 441 price in India vs the competition

At Rs. 2,499, the Boat Airdopes 441 is a bit more expensive than the recently launched Rs. 1,799 Redmi Earbuds S. However, Boat hopes to win over customers with better features, including USB Type-C charging and up to 25 hours of battery life, as well as better water resistance and colour options. There is also a feature called ‘Insta Wake N' Pair' which is said to offer faster connectivity when opening the lid of the charging case.

The earphones are also a significant step up over the Boat Airdopes 411 which was launched last year for Rs. 2,999. Boat is a popular brand in the affordable audio space, competing with other Indian and international audio manufacturers in segments that includes wireless earphones and headphones, true wireless earphones, and portable wireless speakers.

With the entry of Xiaomi into the true wireless audio space and its commercial success with the Redmi Earbuds S, brands such as Boat will face tougher competition going forward. Other major electronics brands such as Realme and OnePlus have also looked at audio as a key growth segment, apart from smartphones.