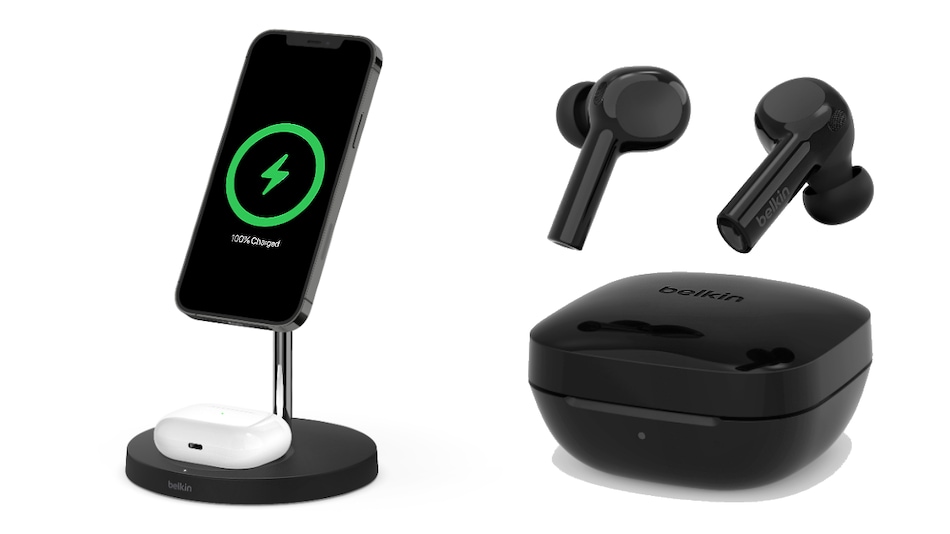 Belkin Soundform Freedom true wireless stereo (TWS) earbuds and Belkin Boost Charge Pro 2-in-1 wireless charger stand with MagSafe have been launched. The earbuds have custom-built drivers and are IPX5 rated for sweat and splash resistance. Notably, they integrate with Apple's Find My network application, becoming one of the first third-party accessories to do so. The Boost Charge Pro 2-in-1 wireless charger, meanwhile, is Belkin's second MagSafe charger and comes at a more affordable price tag when compared to Belkin Boost Charge Pro.

The two new products were introduced by Belkin at CES 2021.

Belkin Soundform Freedom TWS earbuds will be available for purchase from Belkin's website and select retailers worldwide sometime in March or April this year. The price has not been announced yet.

The Soundform Freedom TWS earbuds from Belkin are compatible with Apple's Find My network application that will let customers use the app to locate the earbuds, if lost or misplaced. The earbuds can be charged using any Qi wireless charger or via a USB Type-C port. As per Belkin, 15 minutes of charging provides up to two hours of playback.

It will be available for purchase sometime in March or April this year via the Belkin website, Apple's online store, and select Apple Store locations across the world.