Belkin Soundform Connect connects to a pair of speakers via a 3.5 mm cable. 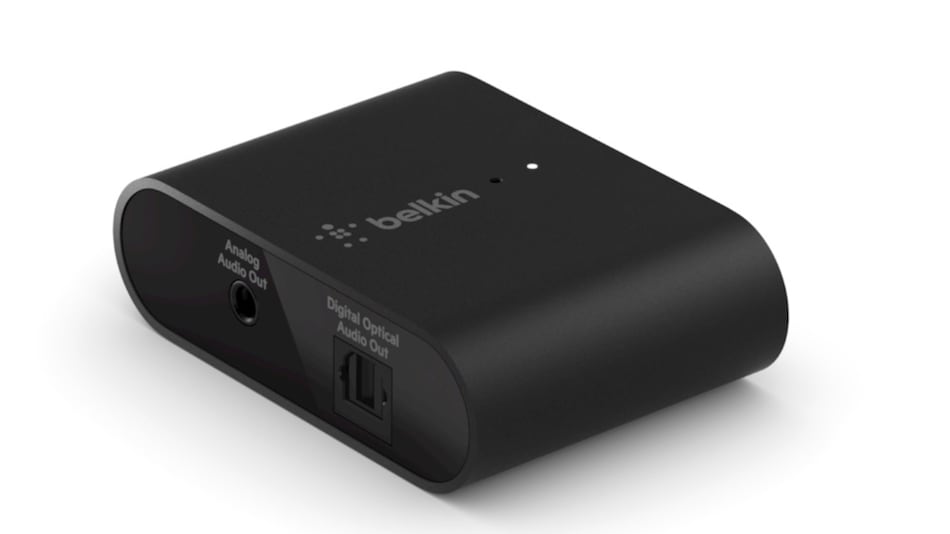 Belkin Soundform Connect AirPlay 2-enabled dongle has been launched in the US. The dongle is a plug-and-play device that allows users to stream the music on their existing speakers from an iOS and/ or macOS devices. The company says that the dongle is equipped with optical and 3.5mm output (cable not included in box) that brings signal from an Apple device to any speaker or receiver with an audio input. The dongle seems to work similar to Chromecast Audio that was launched in 2015.

Belkin Soundform Connect dongle is priced at $99.99 (roughly Rs. 7,200) in the US, as per the company website. It is also [listed]https://www.amazon.com/dp/B094LGLJB9?tag=kostpriceus-20) on Amazon, and as per a report by 9to5Mac, it will be available for deliveries starting June.

Belkin Soundform Connect is an AirPlay 2-enabled dongle that connects to users existing speakers, such as soundbar and/ or home theatre sound system via an optical or 3.5mm audio input. The dongle from Belkin then connects to an AirPlay-enabled Apple device, like an iPhone, iPad, Mac Mini, MacBook Pro, among others to stream music through the connected pair of speakers.

As per Belkin, the Soundform Connect dongle supports CD-quality sample rates of 16-bit, 44,100 Hz (44.1 kHz) resolution. The dongle requires iOS 11.4 or later and supports a multi-room audio system by connecting to devices such as HomePod, Apple TV, and other AirPlay 2-enabled smart speakers.

The functioning of Belkin Soundform Connect dongle appears similar to that of Chromecast Audio that made its debut in 2015. The now-discontinued device also helped in converting regular speakers into smart ones by simply plugging in the Chromecast Audio via a 3.5mm headphone jack of the speaker. Chromecast Audio also supported multi-room configurations.