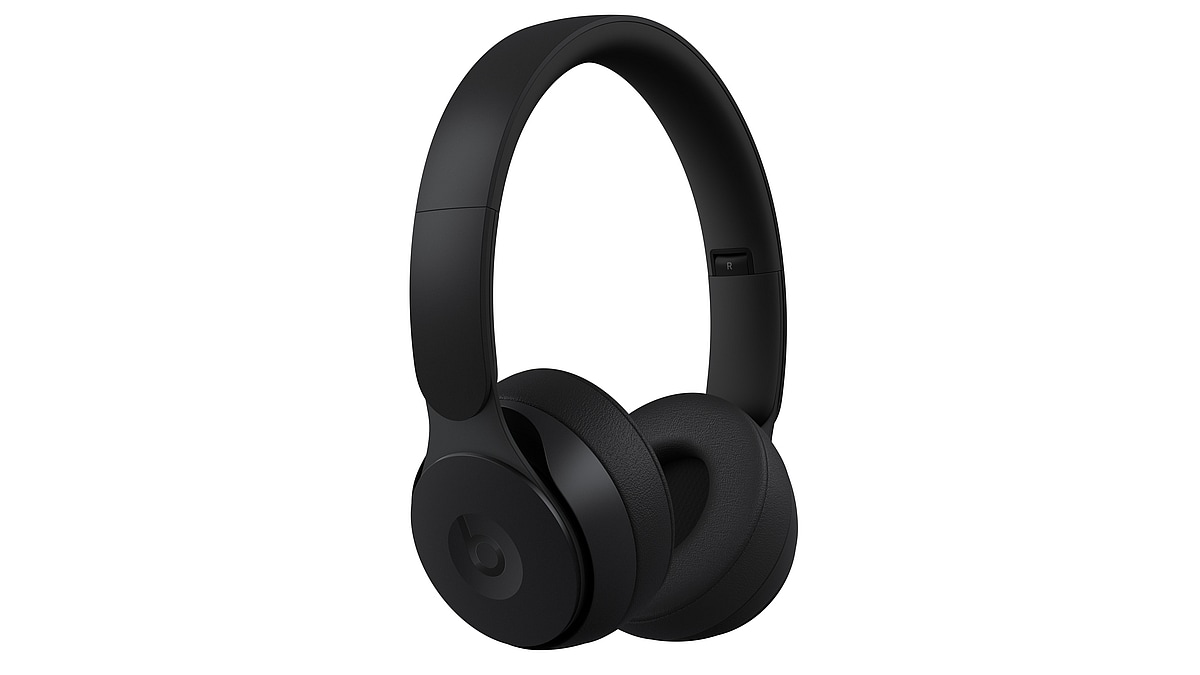 Apple's Beats Solo Pro will be released on October 30

The world's most popular headphones are getting an overdue refresh. Apple on Tuesday took the wraps off the Beats Solo Pro, the first major redesign of the on-ear pair since Apple acquired Beats Electronics back in 2014. Based on our first try of the Pro variant, the wait was worth it.

"Not one electrical or mechanical component in these headphones exists in prior Beats headphones," Luke Wood, president of Beats, said at a press briefing in Tokyo. The Solo Pro took more than three years of development but Wood said that the end result represents "dream headphones" for all the engineers who worked on it. Unconstrained by the limits of smaller manufacturers, Beats leveraged Apple's scale to get primacy among suppliers, devised entirely new custom-made transducers just for the Solo Pro, and harnessed the talents of the same engineering teams that worked on the iPhone 11 Pro.

The side arms of the Solo Pro are now made of anodised aluminium, adding a hitherto absent touch of premium allure, sturdiness and a more consistent clamping force on the user's head. This new pair of headphones is still not the most accommodating for people with larger skulls, but comfort is improved relative to its predecessor, the Beats Solo 3. That's in large part down to the overhauled cushions: they no longer have an inner seam that can touch the ear, their surface area has been increased by 70 percent and they have 35 percent greater volume, offering more padding.

Active noise cancelling makes its debut on the Solo line with this model, and it works extremely well. "The ANC world is really big," said Wood. These new headphones expand it further by "taking ANC to a whole other customer." A feature that was once narrowly designed to appeal to long-haul air travellers is now becoming mainstream, and Apple's embrace of it with the Solo Pro is an acknowledgment and accelerant of that trend.

One thing that will make the Solo Pro less appealing to frequent flyers, however, is the complete absence of an analog connector -- users will have to connect wirelessly over Bluetooth or purchase an accessory, as there's no option to connect these with a classic 3.5mm plug.

Among the subtle but important changes Apple has made in this upgrade is a general redesign to reduce water ingress. Sport is the second most popular use case for the Beats Solo, so Apple made sure to make its latest iteration resistant to sweat and splashes with new gaskets and coverings to protect the precious electronics within. They're still not waterproof headphones, but they're much more durable, to go with their nicer feel from the improved cushions and metal frame.

The Beats Solo Pro still collapse down as before, however now their opening and closing serves as the on-off switch as well. There's just one button to switch between active noise cancelling, no noise cancelling, and the transparency mode that lets you hear your surroundings, and the classic music and volume controls are still present as clicky buttons on the right ear cup. Apple has rightly resisted the temptation of building in fiddly touch controls.

Featuring Apple's excellent H1 wireless chip, a whole new circuit board design and a bespoke digital-to-analog converter, these are the most intricately designed and engineered headphones from either brand. Wood proudly described the Solo Pro as "extremely proprietary," though it's a little disappointing that Apple is sticking with a Lightning connector for charging instead of USB Type-C, which it uses on its iPad Pro and MacBook Pro devices. Away from a charger, the Solo Pro will last 22 hours with ANC turned on or 40 hours without it.

The Beats Solo Pro go on sale October 30 for $299 (roughly Rs. 21,400), and the Beats Solo 3 will remain in Apple's lineup for now at a reduced price of $199 (roughly Rs. 14,200). A collaboration with superstar producer Pharrell Williams will see three limited-time colorways -- a dark navy, a turquoise and a summery mix of orange and red -- go on sale alongside the default black, gray and white options.