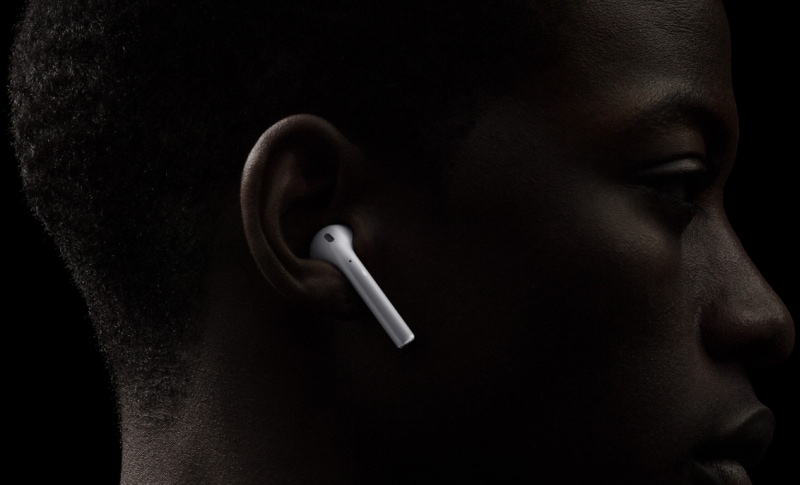 Apple is apparently taking vital steps towards the next-generation AirPods, as suggested by fresh trademark filings in Europe and Hong Kong. There are new international classes to reveal that the new AirPods will move beyond music streaming and offer health-focused features. There could also be better some experiences specifically for Apple Watch users over what's available in the current market. Previously, it was reported that Apple is exploring technologies such as wireless charging to deliver a premium experience. A patent application also surfaced earlier this year that suggested the ability to use the AirPods case as a wireless charger.

As per the fresh trademark filings in Europe and Hong Kong, courtesy Patently Apple, Apple has included new international classes to explore new use cases of its next-generation AirPods. The latest filings include a class 10 that defines health and fitness-related focus of the new AirPods. It shows that there may be "wellness sensors" to enable the transmission of "biometric data, heart rate, body movement, and calories burnt". This sounds similar to how Apple currently taps fitness enthusiasts through the Apple Watch.

Back in June, a Bloomberg report citing people familiar with the development claimed that Apple is planning to bring biometric sensors to future AirPods to enable features such as heart-rate monitoring. The company reportedly aimed to expand its health-related developments beyond Apple Watch.

Aside from bringing health-focused features, Apple is apparently in aiming to build a close relationship between AirPods and Apple Watch. The new filings include class 14 to suggest the new development. The new AirPods could also have some special features to work as the perfect audio solution for mobile games. Furthermore, the fresh patent application in Europe apparently carries November 2 as the filing date. This suggests that the new AirPods could soon come into reality.

If we believe what analyst Ming-Chi Kuo recently predicted, the new AirPods will debut in the either in the late fourth quarter of this year or in the early first quarter of next year. The new model could come alongside the launch of the AirPower wireless charging mat that is expected to offer wireless charging to not just new AirPods but also the recent iPhone models and Apple Watch. A recent patent filing also suggested that there could be an all-new AirPods case that will work as a wireless speaker.

Apple could formally reveal details around its new AirPods sometime in the coming future. Meanwhile, we can speculate some leaks and rumours around the ongoing development to give a clearer picture of what's cooking up behind the scenes.

How Facebook, Twitter Are Looking to Stop Voter Suppression for US Midterm Elections
These Companies Think the Next Big Thing Is Very Tiny Cars