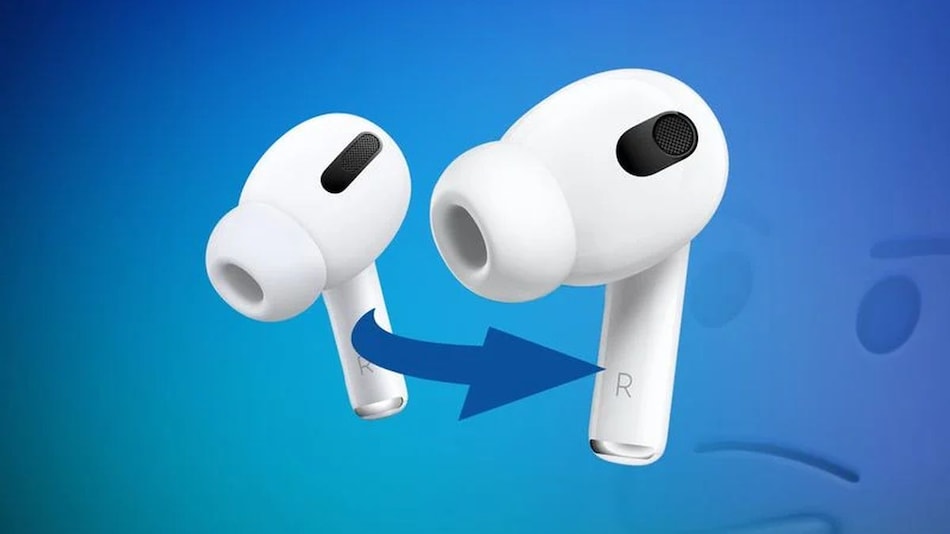 Apple AirPods Pro (2nd Generation) might feature a design similar to the current generation AirPods, according to a report. The rumoured AirPods were earlier expected to get a stemless design, but those speculations have been put to rest for now. It is also expected that the wireless earphones will feature skin-detect sensors, first introduced in AirPods (3rd Generation), to detect whether the earphones are in a user's ears or not. The current generation AirPods Pro feature dual optical sensors instead, which can't specifically detect skin.

Earlier, it was being speculated that like the current generation the AirPods Pro, the upcoming AirPods Pro (2nd Genration) will also get the dual optical detect sensors. But now, Apple has reportedly decided to do otherwise. The rumoured earphones are now expected to come with skin-detect sensors that were first introduced with Apple AirPods (3rd Generation). These sensors detect the water content in user's skin to identify if the user is wearing the earphones or not.

According to an earlier report, Apple analyst Ming-Chi Kuo has said that the company is expected to launch the AirPods Pro (2nd Genration) will be in the second half of 2022. Kuo added that Apple had cut orders for its AirPods (3rd Generation) by more than 30 percent for the second and third quarter of 2022 due to significantly weaker than the previous generation earphones. He also stated that Apple is expected to discontinue the current generation AirPods Pro after the launch of AirPods Pro (2nd Genration).