Amazon Echo Buds (2nd Gen) TWS earphones are claimed to cancel twice as much noise compared to the first-generation model. 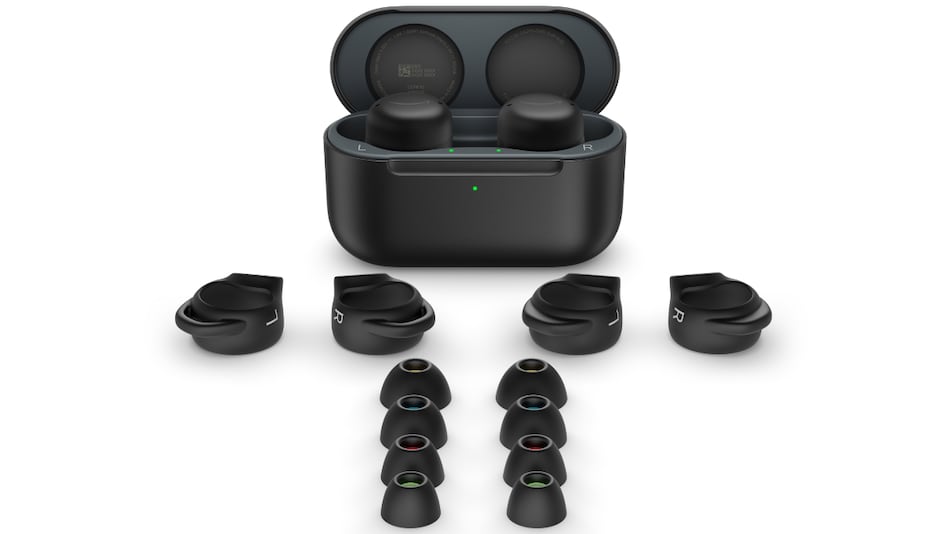 Amazon Echo Buds (2nd Gen) true wireless stereo (TWS) earphones have been launched in the US. Amazon says that the second-generation Echo Buds are 20 percent smaller than the original ones, and feature a new design and custom-designed active noise cancellation (ANC). Amazon is also giving customers the option to choose between different types of cases. Amazon says the new TWS earphones can be used with Amazon Alexa, as well as Siri and Google Assistant.

The Amazon Echo Buds (2nd Gen) will be available for pre-order and will begin shipping to customers in May. The new TWS earbuds were temporarily out of stock on the Amazon website at the time of writing this article. Customers have an option to choose between Black and Glacier White colours. Amazon is also offering six months of Amazon Music Unlimited and Audible Plus for free to customers who qualify. “To qualify, customers must be free trial eligible for Amazon Music Unlimited and/ or Audible,” Amazon says.

Amazon Echo Buds (2nd Gen) TWS earphones are said to feature a new design. The company says the new earbuds are 20 percent smaller than the previous generation model. The Amazon Echo Buds (2nd Gen) feature a vented design to reduce in-ear pressure and narrower nozzles for a better fit. They come with four sizes of ear tips and two sizes of wing tips. Each earbud is fitted with a 5.7mm dynamic driver to offer “balanced sound with extended dynamic range”. Amazon says that the speakers are optimised for increased fidelity in bass and treble.

Amazon Echo Buds (2nd Gen) TWS earphones feature Amazon's custom ANC technology that is claimed to cancel twice as much noise compared to the first generation. The company says that this technology “uses the inner and outer microphones to intelligently estimate sound pressure in the eardrum to generate the inverse of that signal and cancel out unwanted noise”. The ANC feature can be turned on by simply saying, “Alexa, turn on noise cancellation”. Alexa voice control is supported on Android 6.0 and iOS 12 or higher. The earbuds also have a Passthrough Mode to listen to the ambient sound. The amount of outside sound you want to hear can be adjusted in the Alexa app.

The Amazon Echo Buds (2nd Gen) TWS earphones allow users to listen to Audible audiobook, find artists on Amazon Music, Apple Music, Spotify, and more, as well as listen to podcasts with voice. The earphones are said to be built with multiple layers of privacy protections and controls. The earbuds are IPX4 rated for sweat resistance. And each earbud features three microphones.

The earbuds weigh 5.7 grams each (without ear tip or wing tip) and the charging case weighs 44.4 grams.