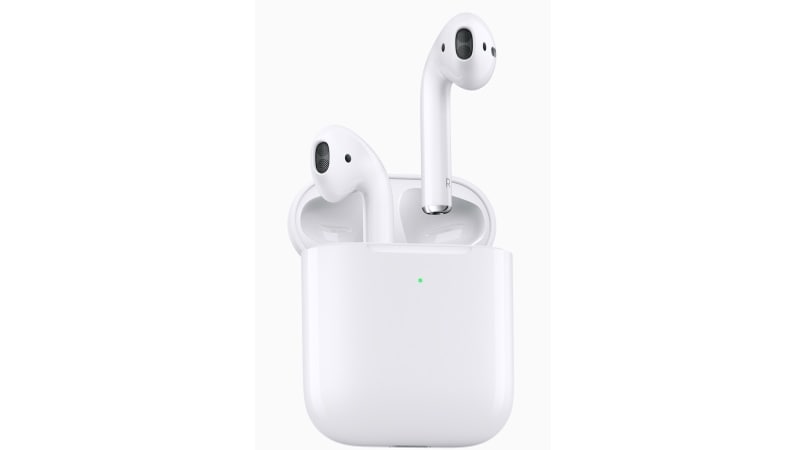 Apple on Wednesday announced the launch of second-generation AirPods. The new truly wireless earphones from Apple come with an optional wireless charging case and the new H1 audio chip, which offers promised improvements in performance, connectivity and battery life. The other big highlight is hands-free ‘Hey Siri' support.

All Apple authorised resellers will stock the new AirPods when they go on sale in India.

The key improvements in the new Apple AirPods are the optional wireless charging case, the new H1 audio chip, a claimed 50 percent increase in talk time, and a new hands-free ‘Hey Siri' voice assistant feature. The wireless charging case is Qi-compatible, letting you charge the case simply by placing it onto a Qi charging pad. The H1 audio chip is said to improve performance, connectivity, and talk time, while the ‘Hey Siri' trigger is now hands-free and no longer requires the double-tap gesture to activate.

The new AirPods are the successor to the first-generation Apple AirPods, which were announced in September 2016 alongside the Apple iPhone 7 and iPhone 7 Plus. Those were the first Apple iPhones to do away with the 3.5mm headphone jack, and Apple's announcement of the AirPods was seen as sign of things to come, with an increasing number of users across smartphone and personal audio platforms adopting wireless and truly wireless audio products since then.