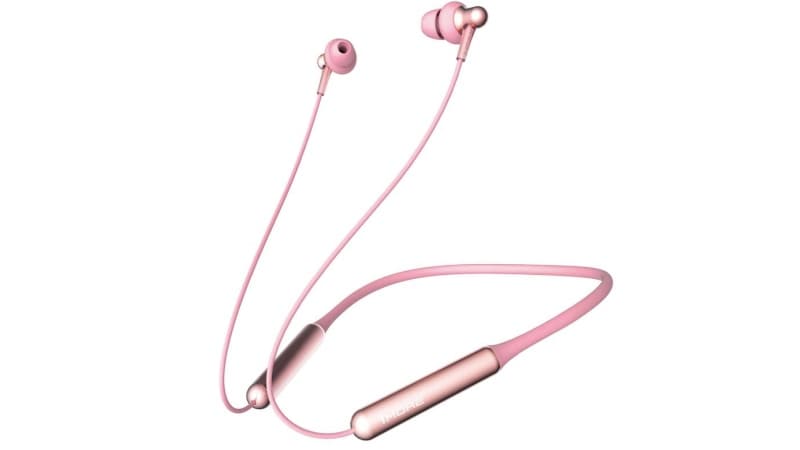 The 1More headset is available for pre-order now

Headphone manufacturer 1More has launched its latest product in India, the 1More Stylish Dual-Dynamic Driver BT headphones. The headset features an in-ear fit style with a neckband that holds the battery and controls, and a coaxial dual-dynamic layout for the drivers. The 1More Stylish Dual-Dynamic Driver BT headset is set to be priced at Rs. 7,499 once it goes on full sale, but is currently available for pre-order at Rs. 4,499 on the 1More India website and online portal Headphonezone.

1More has collaborated with Grammy Award winning producer and sound engineer Luca Bignardi to perfect the audio tuning of the headset, which is said to offer precise sound that is portrayed as the artist intended it to be. As the name mentions, the 1More Stylish Dual-Dynamic Driver BT headphones contain two dynamic drivers in a coaxial layout, which promises better audio output as well. The neckband style is a popular one of late for in-ear headphones, which ensures that the headset is securely held in place when on the move.

The headphones are available in two colours, creatively named ‘Eyes of Midnight' (black) and ‘City of Roses' (pink). The lower price for pre-orders is applicable till February 5, with shipping for pre-orders starting on February 1. The headphones also come with a fast-charge function that promises three hours of battery life with ten minutes of charge, along with a total charge time of 50 minutes offering up to six hours of battery life.

The headset is the latest from 1More, and features Bluetooth 4.2 connectivity and a 10m connectivity range. Interestingly, 1More also has an app called 1More Assistant that helps with burning-in new headphones from the company. Among 1More's popular headsets is the Piston Fit, which is widely considered the best under Rs. 1,000 right now.