The device is available for pre-order at a discounted price of Rs. 6,499. 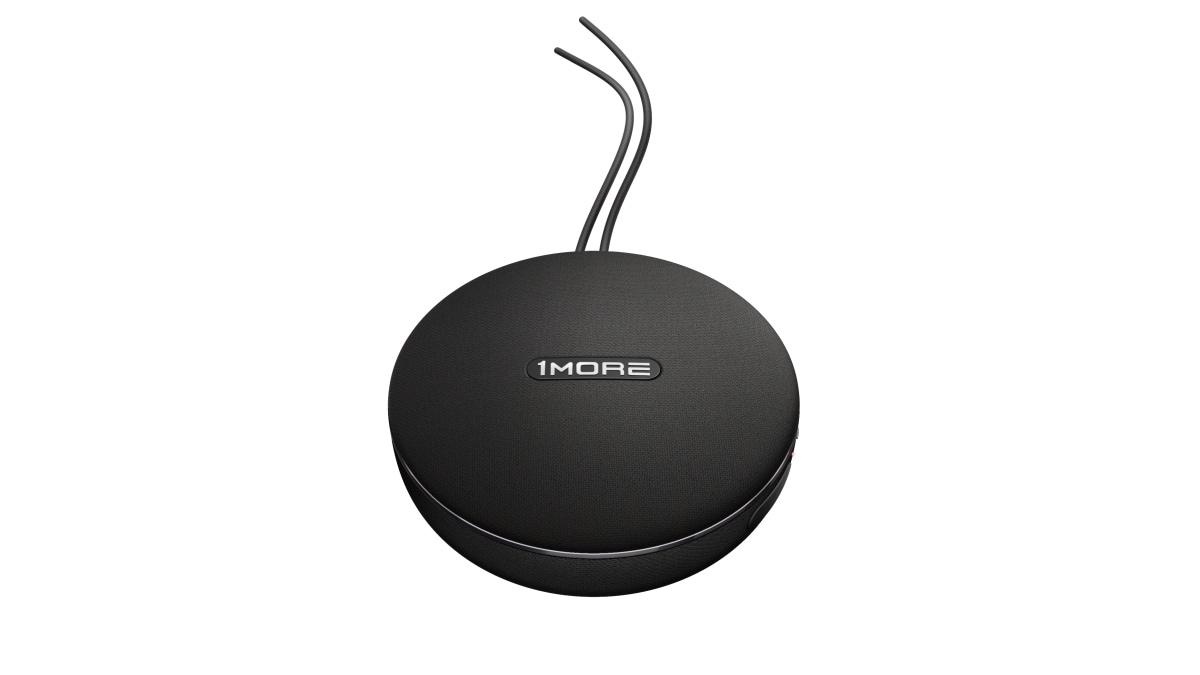 The company’s first wireless speaker has a 2,600mAh battery

Audio manufacturer 1More is best known for its range of earphones, with products available across price ranges, fits, and connectivity types. The company is now looking to expand its presence into different segments, starting with what would be the most obvious next product step for a company like this - wireless speakers. The 1More Portable Bluetooth speaker has been launched in India, priced at Rs. 10,999. However, the device is available for pre-order at Rs. 6,499, and ships to customers starting November 20.

The 1More Portable Bluetooth speaker has a circular bowl-like shape, with the speaker drivers firing upwards. The device has a 0.75-inch tweeter and a 3.3-inch woofer for sound output, with controls on the side. Sound output is rated at 30W, and the device has a 2,600mAh battery which is claimed to run for 12 hours on a full charge. Like many of 1More's products, the Portable Bluetooth speaker has had its sound tuned by Grammy Award-winning sound engineer Luca Bignardi.

The device uses Bluetooth 4.2 for connectivity, and also support Aux for wired listening. If you have two 1More Portable Bluetooth speakers, you can pair them wirelessly for stereo listening. The device also has an IPX4 water resistance rating, along with support for voice assistants on paired smartphones through a dedicated microphone button on the speaker.

Although expensive for a first product, the 1More Portable Bluetooth speaker does have the goodwill of the company behind it, along with some specifications that set it apart from the competition, such as the 30W sound output and professional sound tuning. The company also recently launched its first true wireless earphones, the 1More Stylish True Wireless In-Ear Headphones, priced at Rs. 6,999.