What Are Noise Cancelling Headphones and How Do They Work? 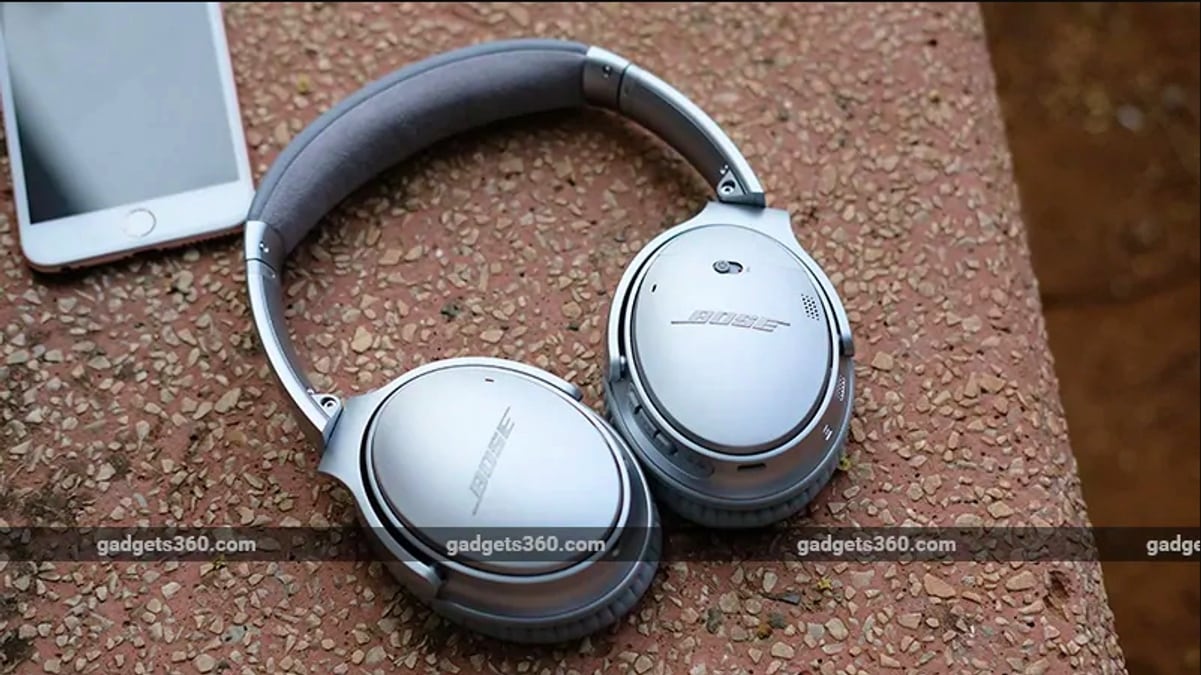 Active noise cancellation cuts out some of the background noise

The feature is available on some high-end headphones and earphones

Active noise cancellation is a technology that has existed for a while now, but until recently it was pretty expensive to implement. However, we're now seeing many more headphones being launched with this technology, and prices are coming down as well. And while the name of the technology itself is the biggest and most obvious indication of what it is, many people are often left wondering what exactly the term means. Today, we're going to try and explain it, so you can decide if active noise cancellation is for you.

As we've already said, active noise cancellation is just that — headphones that mute the noise around no. However, no pair of headphones exists that can entirely shut out all noise, but many are able to reduce a significant amount of background noise and make things ‘quieter', so to speak. Here we will explore exactly how noise cancellation works, and whether it will suit you.

What is active noise cancellation?

Simply put, active noise cancellation is a technology that cancels out certain elements of ambient sound. The key word here is active — the technology does not negate noise by simply attempting to block it. Instead, it listens to the sound using microphones on the headset, and produces a sound wave of its own that effectively cancels out the existing sound. With this, the sound is actively and deliberately reduced.

Active noise cancellation was first used in practice back in the 1950s, based on patents by Lawrence Fogel, who is regarded as the inventor of the technology. Initially invented and used for aviation, the technology helped in making it quieter for pilots of airplanes and helicopters. The tech is also used in some cars such as the new Ford Endeavour available in India, to make the cabin quieter. However, the most common implementation of the technology today is on consumer-centric headphones.

How does active noise cancellation work?

On headphones, active noise cancellation uses one or more microphones to listen to the environment of the wearer, and capture the most steady sound frequency — this could be the hum of an airplane engine, car, machinery or even air conditioning, among other things. The system then generates a ‘reverse' frequency — it emits a sound of the same amplitude but with an inverted phase to the original sound. This combines with the first sound to form a new wave in a process called ‘interference', which effectively cancels out the sound going into your ears.

As a result, you hear less of the primary ‘noise', and in some cases with good active noise cancellation, you may hear nothing at all. It works best with sounds that are steady, since the microphones can pick up and reverse these frequencies. Irregular sounds such as voices, honking or anything that isn't regular won't get cancelled by the system, and you'll still be able to hear it. Therefore, active noise cancellation isn't the same as sound-proofing; it simply reduces the noise in certain environments.

Apart from the microphone and components used to pin-point and generate the new sound, active noise cancellation also requires a battery to power the system. This means that any headset with active noise cancellation will have to be large enough to include these components. Since wireless headphones also require batteries for powered use and usually come with microphones for hands-free calling, it makes sense to combine these two.

Indeed, the best active noise cancelling headphones today are also wireless and enable voice calling with a paired smartphone. However, this increases the size of the components, and makes any headset with the technology a bit bigger and bulkier.

While active noise cancellation uses an active method to reduce sound, another way to do it is passively. Passive noise isolation uses layers and padding to block out sound, and is the simplest way to reduce noise. On headphones, the concept works similarly to simply wearing earmuffs or earplugs. However, this can only block out some sound, while loud sounds will still creep through to your ears. Yet, it's the simplest and least complicated way to do things — a well-padded pair of over-ear headphones will completely cover your ears and significantly reduce outside noise.

It's worth noting here that active noise cancellation works best when combined with passive noise isolation, although the two methods are different in their approaches. Where noise isolation reduces the amount of sound coming in, active noise cancellation captures the droning sounds and filters them out as well. The result is a listening experience that is significantly quieter than leaving your ears open.

The biggest and most obvious advantage is the silence — active noise cancellation reduces sound and makes it easier to concentrate, sleep, or just unwind after a long day. However, when used while listening to music or watching videos on a screen, it can also offer a perceived improvement in sound quality, and allow vocals or dialogue to be heard more clearly even at relatively lower volumes.

The biggest advantages can be heard in certain scenarios, such as on airplanes. The loud, droning hum of an airplane is often completely filtered out by a good pair of noise cancellation headphones, making it easier to sleep in the otherwise noisy, bright, and unpleasant environment of an aircraft cabin. You can also use it on commutes, in office, or anywhere that is a bit noisy.

While the advantages are fairly obvious even to the layperson, the disadvantages are less straightforward. The biggest of which is an actual reduction in sound quality, which may not be perceived and may even be mistaken for better sound because of the reduction in ambient sound interference. However, the additional sound wave can interfere with the regular audio being played on the headphones, and in fact have a detrimental effect on sound quality. The sound being played isn't entirely pure as a result of the addition of the reverse wave.

Despite the terminology, active noise cancelling headphones can't cut out all sound, and any sound that isn't steady will remain unaffected. Voices, the use of tools, traffic sounds and just about anything that can't be classified as a hum will still go through to your ears. And finally, even on good active noise cancelling headphones, switching on the system results in a sort of ‘vacuum' effect. While this is normal for the technology, the level of silence can be unsettling and uncomfortable for many. However, over time, users tend to get used to this vacuum effect.

Should you buy noise cancelling headphones?

Frequent flyers and commuters are likely to be benefited the most by active noise cancellation headphones. The technology works most effectively with the hum of an airplane engine or the hiss of air on an open commuter train or bus. Furthermore, these headphones can help you concentrate or sleep in these environments, but the inability to cut off all sound means that you won't see any significant difference over what good passive noise isolation provides.