Cyber Monday 2019: Which Wireless Earbuds Should You Buy?

Wireless earbuds market is full of options this Cyber Monday. 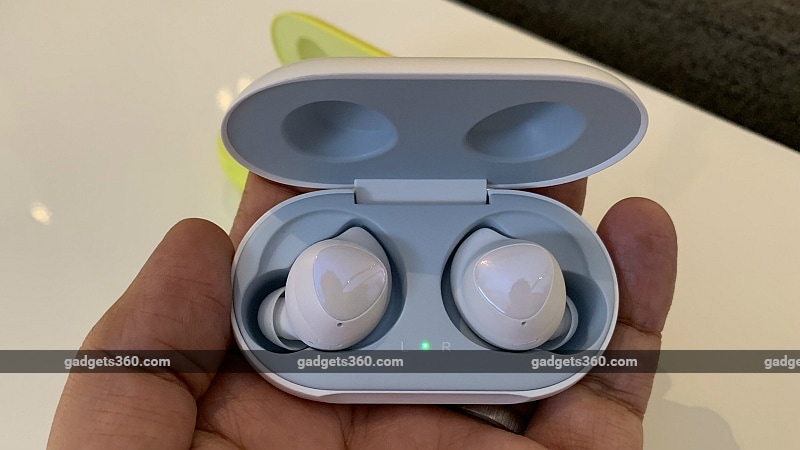 There's a lot more to consider, beyond audio quality, when buying wireless earbuds

It would be great to tell you, right here in the first sentence of this article, which are the absolute best wireless ear buds. You could find a Black Friday deal, hit "buy" and go outside for a brisk fall walk while your order makes its way to your door.

Unfortunately, because of a combination of biology, vanity, ethics and economics, the answer is a bit more complicated.

When Apple's AirPods were released in 2016, they were the first completely wireless in-ear headphones to get the formula just right. Now, competitors have caught up and released their own takes on wireless headphones. Some might say, too many takes.

This is a guide about what to consider, beyond just audio quality, including how they fit, whether they're fashionable and the potential impact to your finances.

The deciding feature for most people won't be sound quality or even battery life, but how a small piece of plastic fits inside their ears. The bud that feels best for one person may be uncomfortable or too loose for another, falling to the ground during workouts, while rushing to catch a train or headbanging.

Ear buds sit in the outer, soft part of the canal, and some also go slightly into the bony part. There's quite a bit of variability in the shapes and sizes of ear canals according to Aaron Tward, a physician and an assistant professor of otolaryngology, head and neck surgery at the University of California at San Francisco.

To find out what fits your head, ideally you should try on the ear buds you're considering. Except putting a bud that has been in someone else's ear into your own is, frankly, a bit gross.

Tward says it's possible to get a skin or outer-ear infection from trying on in-ear headphones that have been in other people's ears. If you choose to go down this test-driving path, clean the earbud with an alcohol wipe first, Tward says. Most stores don't allow people to try on in-ear headphones, possibly for fear of spreading bacteria - but also because it would require the employees and resources to clean them. Best Buy and Target, for example, don't offer test units to shoppers.

One place that will let you walk right in and stick their product in your ear: Apple. You can try on AirPods inside an Apple Store - the older all-plastic AirPod model or the newer AirPod Pros, for which you can also test the three sizes of silicone tips. Apple cleans the units throughout the day, regularly taking a handful to wipe down with alcohol after one test.

If you can, play it safe and buy the ear buds you're considering, then return them if they don't feel comfortable - but check the return policy. For example, Best Buy will charge a 15 percent restocking fee for any "wearable" devices.

High-end wireless ear buds can cost up to $250 - that's a steep price for a wireless version of technology you still buy on airplanes for $5. If you're shopping for new ear buds to replace ones you already own, do your wallet a favor and try to see if you can get more life out of what you have.

Unfortunately, that's not always an easy task. The Washington Post's Geoffrey Fowler found that some wireless earbud makers do not offer a way to swap out old batteries, instead replacing quick-dying units with new ones at a high price. Some wireless headphones live just two years before winding up in a recycling bin.

There are some options. If it sounds like your ear pods aren't as loud as they used to be, there could be an icky but fixable reason: Ear wax and other debris, like dust and pocket lint, can collect in the opening on ear buds and muffle sound.

Instead of buying new ones and contributing to the growing problem of e-waste, try cleaning your headphones with a dry Q-Tip. If you have Apple AirPods, you can take them to an Apple Store where an employee will take them to a back room and remove all the crust.

If your misbehaving headphones are less than a year old, check with the manufacturer. You may qualify for a free replacement.

Headphones, but make it fashion

Sound quality is an important factor when buying headphones, but at a certain price point and level, the offerings are going to sound close enough that the majority of people won't notice a difference. (If you are an audiophile, you can dig into nerdy details on sites such as SoundGuys and CNET.)

There is one thing most people would never admit is actually a dealbreaker for them: what the earbud looks like sticking out of the side of their head.

If it is important for you to have the AirPods' easily recognizable white-stick design, either of the available models will work. (Apple has sold out of the AirPod Pro online until after the holidays, but some stores have them in stock.) The AirPod Pros look like little laser blasters or hair dryers outside the ear, but nothing revolutionary when worn. The AirPod aesthetic has a life of its own at this point. You can even buy an AirPod-esque "faux headphone ear piece" that doesn't transmit music at all from online retailer Asos.

For other people, Android fans say, it's just as important not to rock anything that could even be confused with an AirPod. The safest non-Apple neutral look is the most common design: a black, roundish bud that doesn't have any major protrusions. Amazon Echo Buds, Jabra Elite 75t, the black Samsung Galaxy Buds, and a number of budget options all have that same generic look. (Amazon CEO Jeff Bezos owns The Post, but we review all technology with the same critical eye.)

If you want to make a statement, Microsoft's Surface ear buds look like large white discs that are just one black dot away from being a googly eye. Google's new Pixel Buds also have a strong Mentos vibe, but they refreshingly come in some fun colors. Both will be available next spring. For instant gratification, the Sony WF-1000XM3 buds look like retro versions of futuristic pills, available in beige or black. Samsung's Galaxy Buds all have a fun subtle shimmer, as well as a bold yellow option that says, "I'm not afraid of a pop of color."

With all that in mind, here are some recommendations for a few places to start your search.

If you're set on AirPods, don't dismiss the older model. At $159, they lack only noise cancellation and waterproofing, but cost nearly $100 less than the Pros. If you want similar quality but just not Apple, the new Jabra Elite 75t ear buds are $180.

Mostly interested in saving money? Try the JLab JBuds Air for $50. Anyone with big ear canals and a love of physical activity could benefit from the Powerbeats Pro ear-wrapping design at $250, which was the least likely to fall out in our tests.

If you want to block out the world for a reasonable price, Amazon's $130 Echo Buds have decent active sound cancellation. If you just want to make a statement, consider holding out until next year for Google's Pixel Buds in orange or mint for $179.