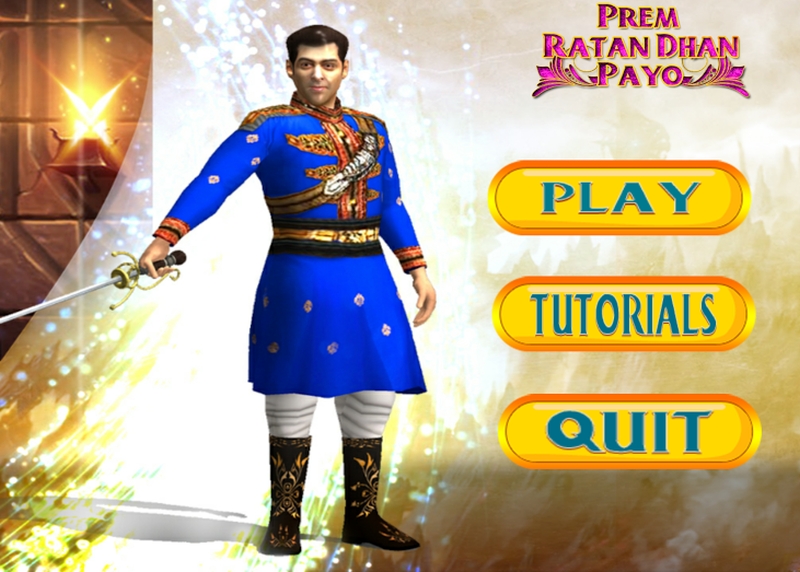 Prem Game is the very catchy name of the mobile game based on the latest Salman Khan film, Prem Ratan Dhan Payo, or PRDP for short, but unfortunately, the rest of the experience just keeps going downhill. Movie games are a mixed bag - there are some games that are planned as standalone experiences, and because they're not tied to a film's release date or story, are allowed to develop more organically into something you'll relish. But filmmakers have also started to see games based on movies as a way to add to the bottom-line of the film, and this usually means mobile games filled with ads and in-app purchases.

The latter is true with games made around Indian movies as well, and we've seen some pretty enjoyable mobile games for games like Krrish 3, Dhoom 3, and Rajinikanth-starrer Kochadaiiyaan. The Prem Game is no exception, and features full-screen ads while loading the game, each time you press pause, and banner ads while levels are being loaded. On the other hand, the game didn't have any in-app purchases, while Kochadaiiyaan was filled to the brim with consumable IAPs to keep you spending, so that's one point in Prem Game's favour.

Unfortunately, the only other point in this game's favour is that it's free. Oh, and it's fairly short, so you won't waste too much time on it, if you do go ahead and download it anyway. The official Prem Ratan Dhan Payo game is available on Android, iOS, and Windows Phone, according to a screenshot on Google Play, but we were only able to find a link to the game on Google Play. App search is a notoriously bad experience, so perhaps the app does exist on other platforms. Or perhaps it hasn't received certification on other platforms so far, but is planned for them, hence the screenshot. 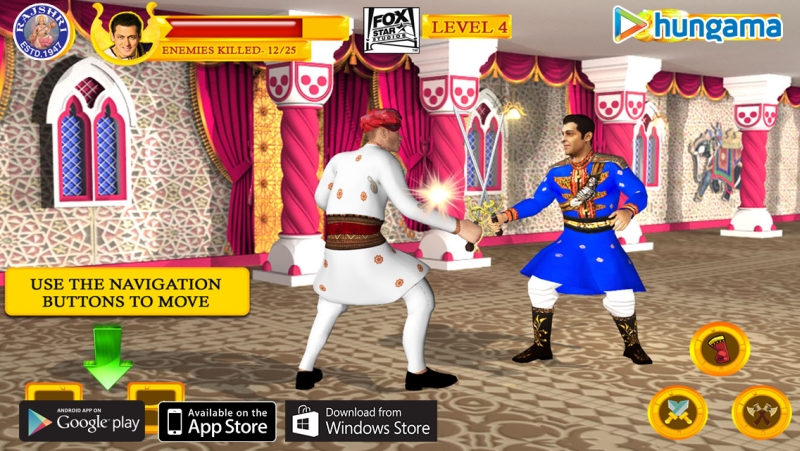 Speaking of screenshots - the entire tutorial consists of the screenshots that are shown in Google Play. That's not an issue by itself - the game is simple enough that you can learn everything about it in four screens - but considering that there is a huge tutorial button on the first screen, it feels like a waste. Labeling it controls, or even just automatically showing the screens when someone starts level 1 might have been a better design choice.

Of course, that is assuming that conscious design went into the Prem Game, which is something we sincerely doubt. Considering that the game is based on a movie, you would imagine that there are some narrative hooks to connect the two. But it certainly doesn't seem like that when you play the game. You're placed in a single corridor, running towards the exit, with coins in your path - you don't really have to 'collect' them since there's no platforming or jumping. If you complete the level, you will collect them. Similarly, there's a counter on the side which shows you how many enemies you presumably need to kill to complete the level. Presumably, because again, the enemies are spaced at fixed intervals, and come rushing at you with boring regularity when you're moving forward, or stay put otherwise. So if you're completing the level, you have to kill the enemies.

It's as if these features were planned out on the back of a napkin at a bar, when the game in question was much more ambitious. It also look as if, by the time it became time to make a real design document, enough drinks had been had at the bar that people forgot what they were planning. And this whole planning process started on the day of the deadline - or so it seems at least, looking at the game. 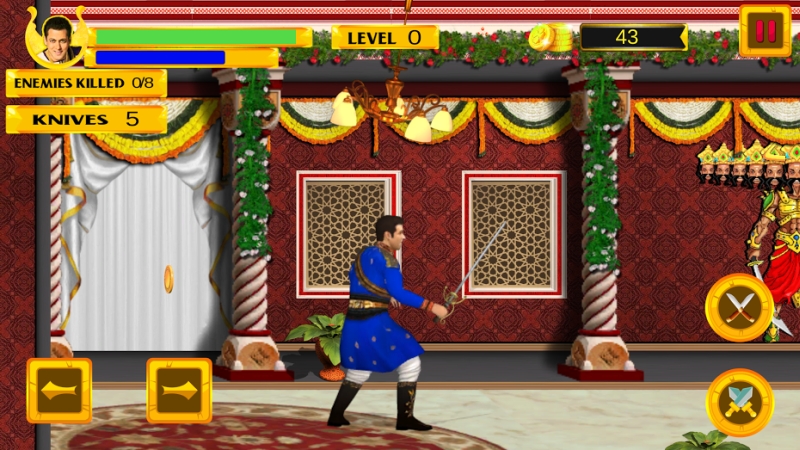 The stills are fine - the screenshots actually make the Prem Ratan Dhan Payo game look decent - but the execution is beyond terrible. The animations are stiff, jerky, and overlong. They're also interruptible by your enemies - except that there's no scope for nuance when you're attacking. You can't dodge or parry attacks, so you need to just spam the attack button and be done with it. Unfortunately, the range of your attack isn't very clear, and there's not enough of a visual indicator to let you know when a hit connects. Also, the three different types of attack buttons are all tightly spaced together, and this doesn't make it any easier to use either. The buttons are too small and their icons fairly similar, so you'll frequently get the knife and sword attacks mixed up, which is a problem because you get a fixed number of knives for each level.

That's necessary, because a knife can kill anyone with a single hit. The power attack is essentially a rechargable knife attack, but it's carried out as an interruptable melee attack, which leads to uncomfortable segments when you get boxed in by enemies and cut to pieces because the game never gives you tools to fight effectively. The controls themselves are jumpy too, which makes it even harder to get into the game, and the developers seem to have actively avoided the bare minimum of polish to finish this game quickly and cheaply. You'll notice this for yourself when you try the knife - it looks fine (for the Prem Game) when you're moving left to right, but the developers didn't even flip the image when you're going right to left, which means you regularly kill people with the handle of your knife. 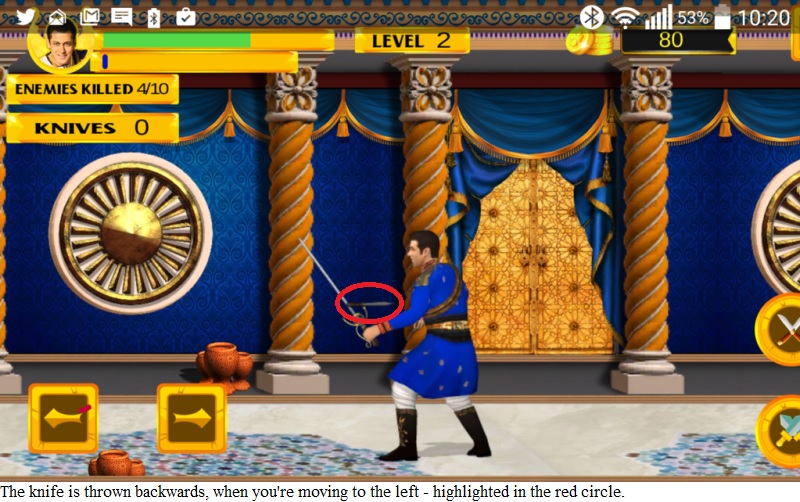 Overall, there's little to redeem the game and we wouldn't recommend it even for the Salman Khan superfans who will no doubt help propel a number of downloads no matter what anyone says. But trust us - if you're a real fan, you won't play this game. Instead, just go watch Prem Ratan Dhan Payo one more time, because after playing this game, we certainly don't want to do that.

We reviewed the game on Android using a copy of version 2.0, downloaded from Google Play. The game is free, with ads.