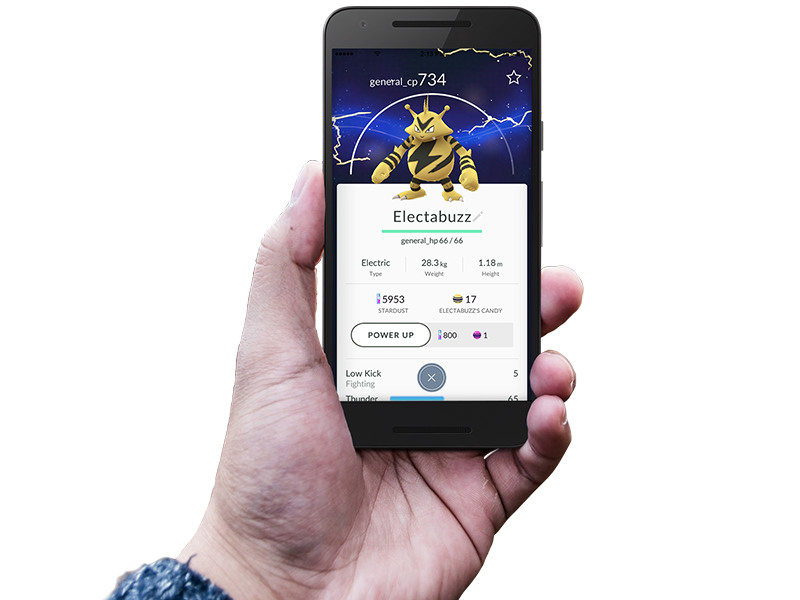 Pokemon Go released about a week ago, and like most people reading this, we figured out how to install the game and start catching them all right away. When we first played it, we liked Pokemon Go. As someone who has run a half-marathon, this author naturally enjoys walking outside. A game where we get to live our childhood fantasy - head out in the real world to catch Pokemon - sounded great. The first few days were fun. And then the crashes began.

(Also see: This Indian Augmented Reality Game Could Be the Next Pokemon Go)

That is when we devised a two-phone strategy to ensure that we caught the Pokemon. We caught a Pokemon on our iPhone 5s, saw the app freeze with a spinning Pokeball icon on the top-left. We whipped out our OnePlus 3 to check if the Pokemon had showed up in our account. If yes, then we force quit and restarted the app on our iPhone. It did show up as long as we were patient. The experience was the same when we used the OnePlus 3 to catch Pokemon.

This is the best feature of Pokemon Go. Syncing works perfectly. If you catch a Pokemon on one device, it shows up on the other one immediately. Any other changes to your Pokemon account reflect instantly. We used it to great effect in order to counter the app's numerous issues - constant crashing, freezing, failing to load the map, freezing when you tap a gym, freezing for over 10 seconds after you start a gym battle, among others.

We're lucky enough to have two smartphones to play a game that hasn't even officially launched in India, but most people are just going to have to suffer these issues with Pokemon Go. We've spoken to plenty of Pokemon Go players in India and their complaints mirror our own. 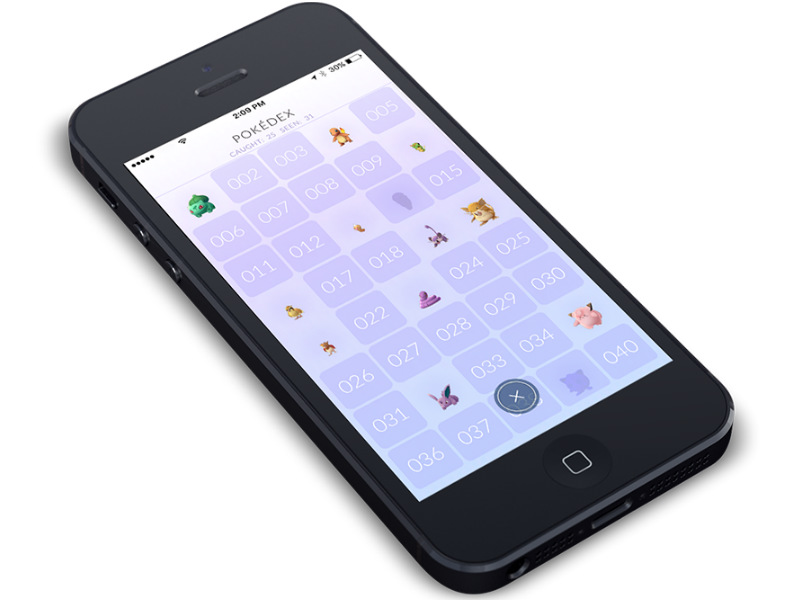 The game has other issues too. The game doesn't work at all on 2G and its performance is good only if you have a stable, fast 3G or 4G connection. This is a problem because we feel every developer should program apps keeping poor connectivity in mind. People are bound to hit spots with poor coverage everywhere across the world.

There are not enough Pokestops or gyms in many areas across India. For a country as densely populated as India, that spells doom for new players. The game definitely needs some kind of a matchmaking system. Most Pokemon gyms are ruled by overpowered players who've already hit level 15 or 20. Battling against their 750CP (combat points) Pokemon is not going to help new players whose best Pokemon has 200CP at best. The developers need to figure out a system where players are matched by level or by the combat points of their Pokemon so that there is some parity to battles.

The same few Pokemon keep spawning over and over again in the same areas. Gadgets 360 staff members playing the game in Mumbai, Delhi, and Bengaluru have caught way too many of Doduo, Pidgey, Rattata, and Geodude. Other Pokemon don't spawn that often. Naturally some Pokemon are more common than others, but the developers need to figure out how to distribute these more evenly.

Pokemon Go isn't officially available in India, but if Niantic and Nintendo didn't want people to play it in India, they shouldn't have made all of this game data available. If there are even two or three Pokestops and a few Pokemon available, people are going to find ways to download and install Pokemon Go in India and play the game. 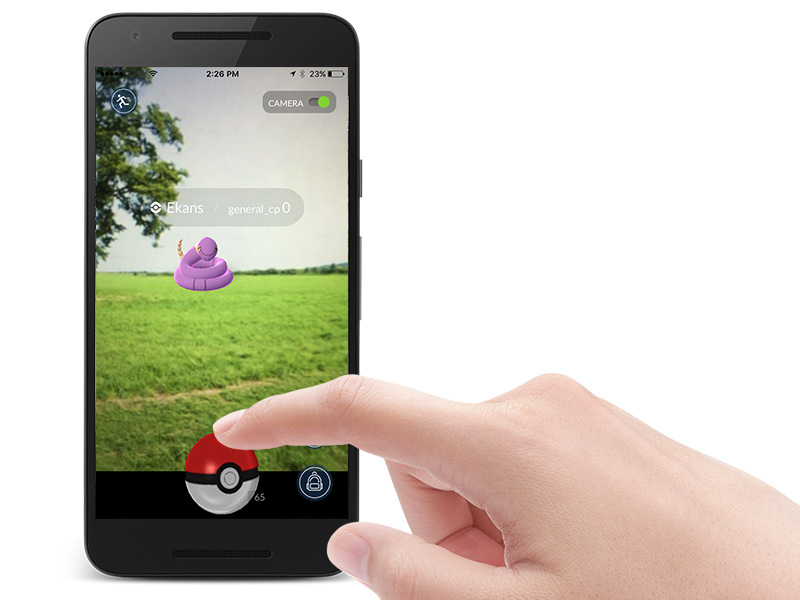 At its heart, Pokemon Go is fun to play. That should come as no surprise as the game has gone viral. We don't think it's fun because it's a game that uses augmented reality. Heading out in the real world staring at your phone isn't going to work for every game. The fact that it has Pokemon, these weird monsters from the anime series, is at the heart of its appeal. If not for Pokemon, this would be just another AR game that few people know and love and the rest ignore.

Almost all of our complaints are about the fact that the app freezes or crashes all the time, but we complain because we like the game. Visiting Pokestops and spinning the disc gives players items such as Pokeball (needed to catch Pokemon), potion (restores hit points), revive (revives to Pokemon who fainted during battle), and the most interesting - eggs.

You can hatch eggs by putting them in an incubator and walking around. Some eggs hatch after you walk 2km, others hatch when you've walked 5km or 10km. This is even more motivation to walk around with the app open. Hatching eggs is another way to catch Pokemon.

Walking around in Indian cities while playing this game can be pretty dangerous. We almost got run over a couple of times in crowded places. Thankfully Pokemon Go works just as well when you're a passenger in a car, a bus, or a train. It can also lead to weird and scary experiences such as this one time when we accidentally ended up on a lonely street and a woman walking nearby thought we were following her. We quickly showed her the game, apologised and moved on. Another time we ended up in a totally dark area that looked unsafe while looking for Pokemon. Before any unfortunate incidents took place, we backtracked and returned to safety. The game keeps warning you to stay aware of your surroundings, and you need to take it seriously. In a country such as India where accidents and crimes are not exactly uncommon, you could end up in trouble if you aren't careful.

One other element we like is evolving Pokemon. Most Pokemon can evolve to become stronger. Each Pokemon has its own candy that you need to evolve it. Doduo, for example, needs 50 Doduo candy to evolve into Dodrio. When they evolve, Pokemon gain twice or thrice as many combat points, making them far more potent for battles. You gain candy by catching more of the same Pokemon (usually 3 candy per Pokemon), transferring them to the Professor (1 candy), or hatching eggs (over 10 candy per egg hatched). 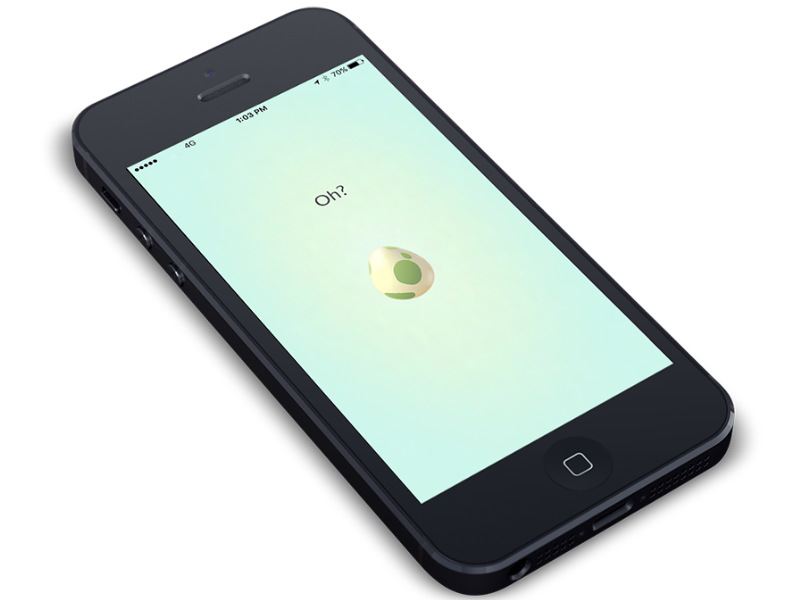 The confusing part is that two of the same Pokemon can have entirely different attributes. We caught a 10CP Doduo when we started playing and on the day this review was written, we caught a Doduo with 155CP. Both have different attacks and deal different amounts of damage with these attacks. There is a chance that your fully evolved Pokemon can actually be less powerful than someone's base level Pokemon. One Gadgets 360 staff member caught a 57CP Beedrill, which is the top level Pokemon (evolution chain is Weedle > Kakuna > Beedrill), but later we caught a 70CP Weedle with more powerful attacks than the Beedrill. You need to factor all these things before going to battle with your Pokemon.

The game has no tutorial to explain all of this but it's easy enough that most people figure it out. The one part where we felt the game could use a manual is Pokemon battles. Without any tips apart from "swipe left or right to dodge attacks", battling can be difficult. Our first few battles ended in massive defeats and we still haven't entirely figured out how these work. One of our weakest Pokemon - a 70CP Doduo - halved the hit points of a 632CP Pinsir during one battle. We're not sure how that happened. It's not very inviting for new players, but then there is that 'wow' moment when you find something new about the game. That kept us invested in the game for longer, so overall this is a plus.

The game is a free download and has no ads, which we appreciate. The game's earnings are all through in-app purchases of the items mentioned above. You get most of these at Pokestops and the ones you don't - such as a Lure module that lures Pokemon to Pokestops - are not essential to playing the game. We think the developers have implemented in-app purchases tastefully. You can play the game without spending anything.

Pokemon Go is a well-designed app as far as interface is concerned, but what is the point of a beautiful app that freezes and crashes all the time? It will also drain your data pack and battery life, and the battery saver mode in the game is not much help. The game isn't available officially but people have and will install it anyway and be greeted with an inferior experience. The game is very enjoyable but playing it in India is not. 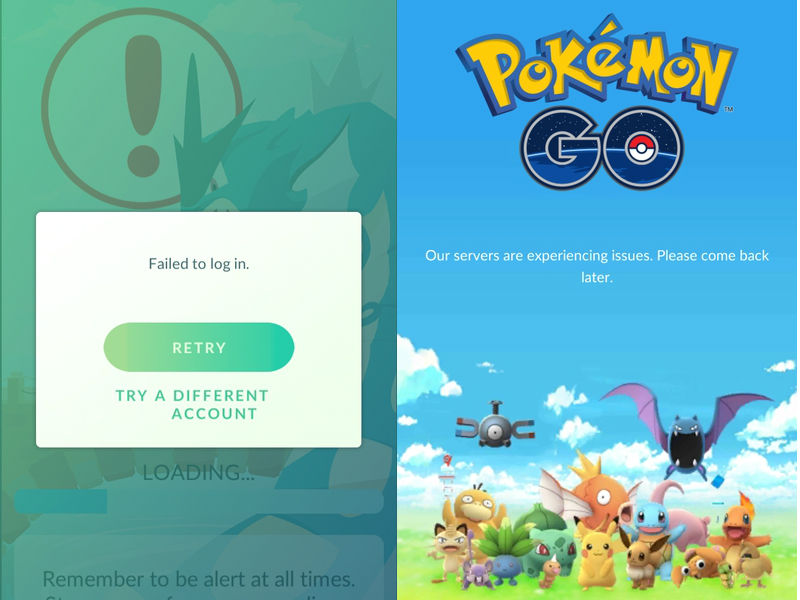 Nintendo and Niantic are missing a huge opportunity by not launching Pokemon Go in India and most places across the world, but that's not too surprising given that Nintendo doesn't even have an official presence in India. Its consoles probably won't have a big market in India, but in a country where so many people have smartphones, not launching a free-to-play game is baffling. Much as we want to enjoy playing Pokemon Go, the buggy experience and a relative lack of in-game content keeps getting increasingly frustrating.

What's your experience like playing Pokemon Go in India? Share your discoveries with other Pokemon Go players in our forum - follow our threads for Delhi, Mumbai, Pune, Bengaluru, Hyderabad, Chennai, Kolkata, or start your own.

We talked about our favourite Pokemon and our experiences with the game on Orbital, our weekly podcast. You can subscribe to it via iTunes or just hit the play button below.