Photoscan by Google Turns Your Phone Into a Photo Scanner 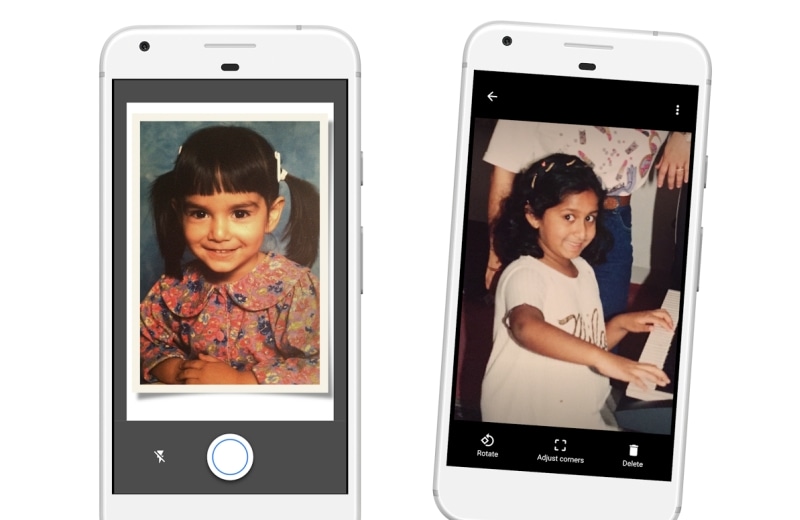 On Tuesday, Google launched Photoscan, an app that helps you quickly digitise your old, printed photos you may have lying around.

The idea is simple, but the problem itself can be a little tricky to solve. Expecting the average user to click a single image and properly save an old photograph may not be the best idea. The lighting needs to be just right, otherwise you're going to deal with unwanted glare over some part of the photo.

Google's answer to this problem is simple and impressive - it takes four pictures and then stitches them together to provide a single composite image. According to Google, Photoscan also makes minor adjustments to restore colour in faded photographs, and to align corners if the photo is bent.

It sounds like a great idea, and we wanted to see how well it would work, so we decided to put Photoscan to the test. We didn't have too many pictures at hand, apart from some very old black and white photos that accompanied a journal of Beatrix Potter. Faded old black and white photos sounded like the perfect test for the app, and we went about snapping a few clicks.

Using Photoscan is extremely simple - something we've come to expect from Google's homegrown apps. When you launch the app it asks for permission to use the camera, and then the main screen is a simple camera view with the text "Position photo within frame" on top, and a big shutter button at the bottom, with a small flash icon to the left and a help icon to the right.

Photoscan is pretty barebones, but that makes sure that you can quickly get scanning. Tap the shutter, and it takes the first shot - then it paints four white dots on the screen, and your job is to point the camera at each of those dots, in much the same way that the Google Camera app guides you to take 360-degree photos. The process is straightforward, and 'scanning' an individual picture takes under 20 seconds. You can go through a full photo album in just a few minutes, if you want to.

Photoscan is a lot faster than using a scanner, if you have one to begin with. You could of course try photographing the image directly using the camera app, but we've done that in the past, and it could involve multiple attempts to get the focus right, the lighting right, and the framing right, and ends up taking almost as long as scanning would.

On the other hand, there are some issues - although the app is quick and easy to use, we found that the images were dark with the flash on, and looked much better with the flash switched off. Unfortunately, this led to some focus issues - even if you get the focus just perfect for the first shot, you don't have the same level of control over the four subsequent shots taken while moving the phone to the white dots. This led to some blurry photos which you'd hope the software could have corrected.

Once you're done snapping the picture, you can edit it in Photoscan - you can move all four corners in a non-rectangular shape to properly capture the snapped photo. Once you're done making the backups, just tap the Save All button, and it'll back up the pictures to your linked Google Photo's account.

Unfortunately, Photoscan is still completely dependent on the camera in your phone - if you have a new iPhone, or one of these other camera-focused phones, then you'll probably make nice, crisp backups. If you have a sub-Rs. 10,000 phone with a crappy camera, then while the resulting pictures look okay on the phone's screen, they're not really all that good to look at on your computer.

It's an understandable shortcoming, but given that the majority of users' phones here still don't have top of the line cameras, the usability of this app will be questionable, at least in markets such as India. You would hope that by making you take multiple images and stitching them together, Photoscan could have smoothed away some focus issues as well; unfortunately, that's not the case here, which is a real let-down.

Photoscan is available as a free download on Android and iOS