Harry Potter: Hogwarts Mystery for Android and iPhone Should Be a Prisoner of Azkaban 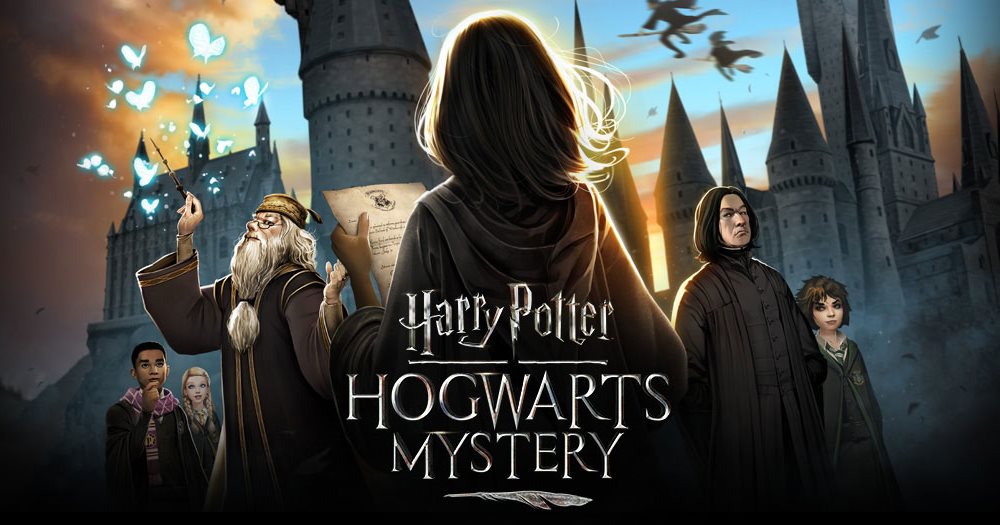 A game set in the world of Harry Potter that lets you attend Hogwarts during a decade that J.K. Rowling hasn't written about is an enticing prospect. It's the premise for Harry Potter: Hogwarts Mystery, available on the App Store and Google Play, and it's bound to attract legions of fans who've devoured every book and film multiple times over, and have always wanted to role-play as a student of Hogwarts, just like Harry and his friends.

But there's a big problem with the new Potter game, one that harkens back to the first era of free-to-play mobile games: putting long time restrictions on everything in a bid to push players to opt for in-app purchases that will rack up over time. Stupidly, Hogwarts Mystery introduces its first restriction way too early, before players have had a chance to see much of the game, let alone be hooked to it. And it only gets progressively worse as you venture forward, until it becomes nigh impossible to play.

After asking you to choose between playing as a witch or a wizard, Hogwarts Mystery drops you right into Diagon Alley, and has you run through the basic tasks that a first-year Hogwarts student must: collect your books from Flourish and Blotts, and pick up a wand from Ollivanders, before boarding the train on Platform Nine and Three-Quarters. In Diagon Alley, you'll also make your first friend, Rowan Khanna, in addition to learning about your older brother's dark past.

Once you're at Hogwarts, Albus Dumbledore will announce that Harry Potter is safe, which means the headmaster has already placed the infant with his aunt, and the game begins in the same year. You'll then be led through the sorting ceremony, and because the game's developers Jam City want everyone to be happy, you're free to pick from all the four houses – Gryffindor, Ravenclaw, Hufflepuff, and Slytherin – turning the all-knowing Sorting Hat into mere set dressing.

After a visit to the common room of the house you choose, you'll begin your classes and meet Merula Snyde of House Slytherin, with the game essentially trying to copy-paste the rivalry between Harry and Draco Malfoy during their school years. And during multiple interactions, you'll be reminded of your older brother, who was expelled from Hogwarts and has since disappeared, with some claiming that he's helping Voldemort.

Performing any task in Hogwarts Mystery costs energy, be it progressing the story forward or taking part in classes. To complete missions, you need a certain number of stars, which is done by simply tapping on a highlighted area of the screen and then spending energy to finish the job. But as you can expect from a free-to-play game, energy is artificially scarce by design. And when you run out of energy, you'll be prompted to either wait or pay up. You need 55 gems to fill your energy bar in the beginning, and you can buy gems in different sets: Rs. 65 for 25 gems, going up to Rs. 6,500 for 3,125 gems.

Just 20 minutes into the game, trying to free ourselves from a Devil's Snare – the same thing that trapped Harry and Hermione in The Philosopher's Stone – we had to cast the spell Lumos. But after two incantations, we were out of energy and left watching a vine tighten its grip around our character's neck. Hogwarts Mystery then threw up a dialog box, asking us to wait until energy bar would recharge – it takes four minutes for one, so 96 minutes for the full thing – which means you'll be waiting more and playing less.

Frustratingly enough, each mission also comes with a timer, from an hour to eight hours. If you wait too long for the energy bar to refill, you've to start over from scratch, which means you'll have to go through the same wait if you start the class at the wrong time. Essentially, you should never begin a new chapter in Hogwarts Mystery just before bedtime since the timer will likely expire by the time you wake up, leaving you in the same fix as the night before. Even if you're okay paying for energy, it's a short fix given you'll run out of it in another 20 minutes.

And then there are the other problems of Hogwarts Mystery. For one, the story isn't engaging even with the presence of characters from Potter's time, including Professor McGonagall and Hagrid among others. Though the developers have signed on some of the actors to voice the known characters, others don't have a voice, and just make a variety of reaction sounds. Aside from that, the duels are essentially rock-paper-scissors. There are also lore inconsistencies in the game, such as the Firebolt being mentioned years before it is invented. And finally, the game suffers from an uninspired, generic soundtrack.

If the Fantastic Beasts film franchise can use the Harry Potter soundtrack for itself when it bears no connection to his story, why can't a Hogwarts story set merely a decade prior make use of the same nostalgia-hit that the music delivers? Surely it can't be a rights issue, given the publisher Portkey Games is a subsidiary of Warner Bros. Interactive Entertainment, which as you can tell is owned by Warner Bros., the studio that has the rights to all films.

But even if the game were to get the famous soundtrack, it would be impossible to paper over its many faults. Most of the time, gameplay in Hogwarts Mystery consists of tapping and tracing lines, until you run out of energy in ten minutes or so, making friends by going through question and answer rounds, or taking part in aforementioned rock-paper-scissor duels. That's not a game, it's a framework for a pay grab: by setting it in the Potterverse, the parties involved think they've done enough.

For some fans, that may well be the case. But until Harry Potter: Hogwarts Mystery stops forcing players to choose between waiting hours to play minutes, or forking over real cash to get more game time, we're going to keep the game off our phones. Evanesco!