Alexi Is a Digital Library Curated by Bestselling Authors 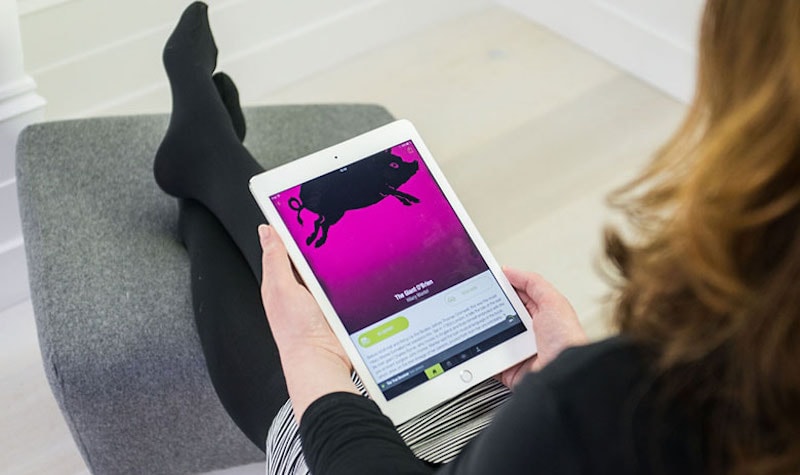 Alexi is a new app for iOS that launched in India and around the world in December. The app is free to download, and there is a four-week trial period, after which you have to pay GBP 1.99, or approximately Rs. 160 per week to keep using it. The app functions like a lending library for books - you can read any of the books in its catalogue, and the big selling point here is that the books themselves are curated from recommendations by famous authors, such as John LeCarre, David Mitchell, and Alice Sebold.

This selection process throws up some interesting books, and we also liked the layout and design of the app, which was easy to use and very intuitive. However, one of the biggest problems, we feel, is that you can't sign up through the app itself. Instead, you have to visit Alexi's website to become a member, and you have to do the same when you want to end your subscription. Apart from that, another problem is the selection itself - because Alexi only offers the author's picks, there aren't too many different books to choose from at any given time. If you're okay leaving yourself in the hands of the various authors, then it won't be an issue, but if you like having a large library to choose from, Alexi falls short.

Unlike say, Kindle Unlimited from Amazon, which has a similar proposition, Alexi is a lot cheaper, and that's because it doesn't have a catalogue that's even remotely comparable in terms of size. Amazon's promising one million books when you sign up. Alexi offers a rotating list of curated titles, so you will see notes such as "5 days left" next to the name of something you really want to read. The books themselves are curated not by algorithms but rather by authors, who make recommendations.

There's an element of risk to this, as your tastes might not align with many of the recommendations on the app, although it does try to work around this by asking you to pick authors you like when you first launch the app, to tailor the homepage for you. On the other hand, although Kindle Unlimited has a million titles, it doesn’t always have titles you’d want.

"The feedback we’ve had so far suggests that they [the users] love the more human, personalised nature of our recommendations, which lead them to books they mightn’t otherwise find and which sales-based algorithms are unlikely to uncover," Andrew Kidd, the co-founder and CEO of Alexi, told Gadgets 360 in an emailed response.

The app, which is available everywhere except in North America (where it will launch in Summer 2017), is good looking and fairly easy to use. It started off with a beta in 2015, and has taken a year of work to bring the final release. The home screen shows you the authors whose selections are currently available, and lets you scroll through new picks. Library shows the 12 books you've chosen to keep, and the three you've kept offline. You can also see statistics on books read, percentage read, and so on by going to your profile page, and reading a book is fairly standard, with the pages loading quickly, and all the options you would expect, such as fonts, background colour, a progress bar, and even a little information button to show you the number of pages left, percentage read, and the average time people take to read the book.

Our main quibble, like we said before, is sign-ups; as is the case with so many other media apps, Alexi also does not allow you to sign up and pay through your Apple ID. Instead, you have to visit its website and pay there. This means that you also need to visit the Alexi website later if you ever choose to cancel your subscription. All prices are listed in GBP though region specific pricing is coming, Kidd told us. You can pay with any credit or debit card.

The app is slick and professional, but the real innovation with Alexi is in the model for selecting how books are curated. We're at a point in time where traditional publishers are having to recalibrate for digital distribution, and although e-books and Kindles were a strong first step, today we're seeing a number of interesting concepts play out.

For example, in India we have Juggernaut Books, whose focus is on publishing books for mobile users. Founded by ex-Penguin Random House publisher Chiki Sarkar, the app was first launched on Android, and offers short original titles at low prices, for people to buy and quickly read through. American author James Patterson has a similar proposition with his BookShots whose tagline is, "Life moves fast - books should too."

Alexi doesn't want to change the way books are published - it's aimed more at the problem of discovery. Its founders, Andrew Kidd and Ayesha Karim are both former literary agents, who have worked with a large number of authors, and are leveraging this experience to help curate the books on offer, Karim writes.

In India, they've worked with a large number of authors including Pankaj Mishra, Raj Kamal Jha, VS Naipaul, Aatish Taseer, Siddhartha Deb, Sadanand Dhume, Edna Fernandes, and Rahul Bhattacharya, and that's one of the reasons why India is going to be a focus for Alexi now that the UK launch has been done, they add.

Verdict
It's hard to say if this app will appeal to most people - since it doesn't offer the same breadth as other subscription services, you'll want to see if the books being recommended appeal to your tastes, and there is a free four-week trial to see for yourself.

For Alexi, you're paying a subscription fee whether you read anything or not, and it only has to pay publishers for each read after the reader crosses a certain percentage of the book. However, the founders insist that it's not like a gym membership, where you keep telling yourself I'll use it tomorrow. "Alexi is built around a highly-curated model it is aimed squarely at people who actually do read," writes Kidd, adding, "as such, we’ve found that the majority of our members make regular use of the service."

However, it's worth pointing out that the founders aren't ready to release user figures, only saying that the conversion rate is above average, at 33 percent, and since the app is iOS-only, there are no public indicators of the number of downloads that Google Play offers. With that said, we liked the little time we’ve spent with the app so far, and if we can find even one book we want to read every two weeks, then we're getting good value-for-money here.