UPI Has an Identity Problem That's Stopping It From Taking Off 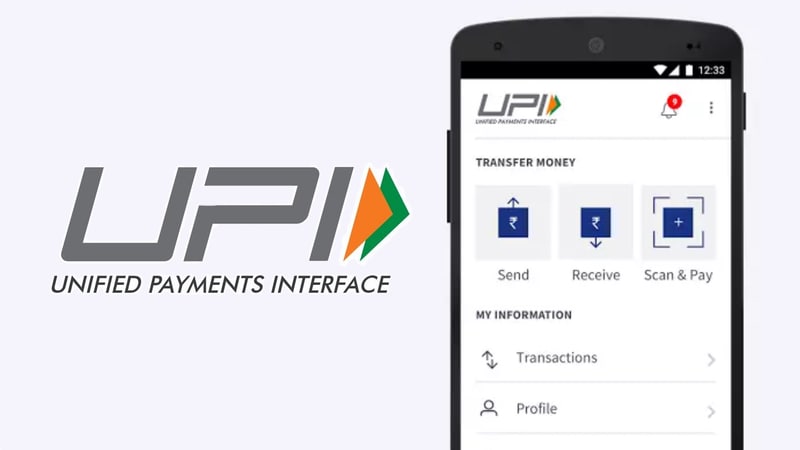 Although there’s a lot of debate about the effectiveness of the demonetisation initiative that took place in India November last year, one tangible outcome seen is in the increased adoption of digital payments by merchants, big and small. For instance, not many among us would even bothered asking our vegetable vendor or hair salon if they accept electronic payments prior to November 2016. Whereas today, it has almost become an implicit expectation that businesses accept digital modes of payment.

Apart from credit and debit cards, digital wallets were seen as a simpler alternative to pay for rudimentary purchases. That’s because unlike the other methods, wallets don’t require the merchant to acquire specialised equipment like a swiping machine to accept payments - only a smartphone is enough.

It was evident that Paytm was the biggest benefactor, as the usage of its Wallet service increased multifold post demonetisation. But beyond wallets, there’s yet another standard for digital money transfer introduced many months prior to November 2016. We are, of course, talking about the Unified Payments Interface, or UPI.

Created by the National Payments Corporation of India (NPCI), a not-for-profit organisation owned by a consortium of major banks in the country, UPI is a system that simplifies transfer of funds between two bank accounts. While traditional netbanking protocols like NEFT or IMPS require details like receiver’s bank account number and IFSC code, UPI simplifies that process by only requiring a VPA (Virtual Private Address).

A VPA is sort of like an email address - you can get your own VPA from any UPI-based app. So, if you’re using Yes Bank’s app, you’ll get an ‘abc@ybl’ VPA, while an ICICI Bank app user will end up getting an ‘xyz@icici’ VPA.

The important factor is that the UPI apps are supposed to be interoperable - this means that you can have an Axis Bank VPA, and use the Axis bank app, linked to an ICICI account. And, just like email, ‘abc@ybl’ can transfer money to ‘xyz@icici’ or vice versa. This is an advantage over wallets, where you can’t send money directly from, say your Paytm wallet to your MobiKwik wallet.

Also, you need to use either netbanking, debit or credit cards to put money in a digital wallet to be able to pay someone. On the other hand, since UPI is basically just a system that makes netbanking simpler, there’s no virtual ‘wallet’ - money transfers from one bank account to another directly.

All this makes you wonder why you need to use these ‘middleman’ digital wallets anymore, right? Well, in theory UPI may sound all sunshine and rainbows, but it has an identity problem it needs to solve before it can see mass adoption. Talk to people, and you mostly get blank looks when you mention the UPI, for a few reasons.

UPI's branding problem
First and foremost, the concept of wallets predate UPI - for example, Paytm's wallet was introduced in 2014, and the Paytm brand has been around since 2010, whereas UPI was introduced just last year. There's also the fact that most wallet apps serve more than one purpose. You can use them to recharge your phone, pay your electricity or gas bills, and so on. Some of the apps also include features such as ticket booking, and e-commerce. To be fair, some UPI apps also offer similar functions, but they're not as well developed, and are limited in what all you can do. Also, frankly, some of the apps themselves are not really designed for easy interactions, burying useful functionality behind many layers of menus.

Seven Mobile Wallets Every Indian Should Know About

Then there's outdoor branding - based on personal experiences, we’ve seen more Paytm QR codes at places like restaurants, toll gates, paan-beedi shops, and so on, than of any of the UPI-based apps. Asking merchants if they accept UPI payments often resulted in a blank stare, but asking if they accepted Paytm was far more likely to get a positive response.

This is where the crux of the matter lies - since UPI is simply the underlying framework, the branding is bound to be fragmented.

But how many stickers do you think a typical business is going to be able to affix on its door or wall?

Instead of a single, easily-identifiable logo, over 20 UPI apps that are operational today are competing to make their brand known. But how many stickers do you think a typical business is going to be able to affix on its door or wall, to let customers know that it is open to UPI payments? Let’s say the merchant has a Axis Bank UPI QR code sticker or placard - only the people who really know how UPI works, would know that the PhonePe app on their phone can be used to make payment there too.

Other problems
What's worse, there's already strange infighting between the UPI platforms, and the NPCI doesn't seem capable of bringing quick resolution. Recently, ICICI decided to block UPI access to Yes bank - and specifically Flipkart's PhonePe app which is Yes Bank's UPI platform, because of "security issues". Since then, the NPCI supposedly spoke to both ICICI and Yes Bank, and requested changes to resolve the issue.

That should have been an end to things, but then ICICI stated that it will only stop blocking after Yes Bank followed orders, and most recently, PhonePe's team put up a blog post boldly stating, "Noteworthy to mention here is a little legal fact that NPCI has no direct legal jurisdiction to 'direct' PhonePe or Flipkart to do anything". With something like this happening, it's difficult to imagine a united effort to promote UPI.

...since you're unsure if the person uses a UPI-enabled app, you default to saying "let me Paytm it to you"

Even when it comes to transferring money to individuals - since you're unsure if the person uses a UPI-enabled app, you default to saying "let me Paytm it to you", knowing with an almost-certainty that the person will have the app installed. This is a classic chicken-and-egg situation that UPI seems to be stuck in at the moment.

There has been some headway in that direction though - NPCI, the company that created the UPI standard, developed BHIM - a UPI-based payments app inaugurated by Prime Minister Narendra Modi in a bid to boost digital payments. The app soared in popularity during the initial days, thanks to the government’s backing. But for UPI-based digital payments to work, there’s a strong need for people to understand the difference between UPI and the apps that use the system.

It is only once the air around this mixed messaging clears, can UPI become a household term.

We discussed the ICICI-PhonePe block and the future of online payments in India in an episode of Orbital, the Gadgets 360 podcast. You can subscribe to it via iTunes or RSS, or just hit the play button below.